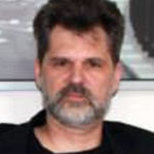 With many international crises looming, China doesn’t seems to have lost its entrepreneurial spirit and is working hard at reviving the old Silk Road transportation project.

The world is now watching the events in the Ukraine unfold and trying to decide how to react to Russia's reassertion of control over the Crimea – a peninsula which was transferred from the Russian Soviet Federated Socialist Republic (RSFSR) to Ukraine by the Soviet leader, Nikita Khrushchev, in 1954. The whole scene is eerily reminiscent of the Cold War and puts the West, represented by NATO and the EU, in opposition to Russia and possibly China.

Over the past years, as the world has gradually moved away from its uni-polar state in the aftermath of the dissolution of the Soviet Union and America's arrogant presumption that history had come to an end, Russia and China have re-emerged as contenders on the global scene. On the one hand, Russia's vast hydrocarbon reserves ensured its position as an energy powerhouse, transforming the erstwhile post-Communist basket case into the proud 'Gazprom Nation', providing about 20 percent of the EU's gas needs, which, significantly, are delivered through three pipelines crossing the Ukraine. China, for its part, has become the world's second largest economy and its convenient sweatshop produces all kinds of consumer goods that are happily and eagerly bought by the citizens of the free world.

The still nominally communist, yet fervently capitalist China appears more interested in pursuing its economic goals. Having invested heavily in Africa over the past decade, now it seems the time has come for China's President Xi Jinping and Premier Li Keqiang to look for opportunities closer to home.

As reported by the Chinese news agency, Xinhua, last February: "China and Pakistan agreed ... to facilitate the construction of a China-Pakistan economic corridor, with a focus on cooperation in energy, industrial parks and transportation infrastructure."

Pakistani President Mamnoon Hussain even traveled to the Chinese capital for the occasion. This economic corridor will take the shape of an actual rail link, including the construction of China's longest tunnels in the process. The first tunnel completed runs 22.24 km through the mountainous Xinjiang Uygur Autonomous Region and will reduce the distance between Turpan with Korla in southern Xinjiang by 122 km (from originally 334 km). Additionally, China is also planning to build a $30-billion undersea tunnel as part of the China-Pak economic corridor.

This ambitious rail link is part of China's wider ambitions in neighboring Central Asia. As the ‘Middle Kingdom’ always plans for the long-term, China already secured the construction of a Turkmen-Kazakh-China pipeline in 2007 – 7,000 kilometers of steel pipe at a staggering cost of $26 billion. The rail and pipeline link, connecting China to Central Asia and Pakistan on its western reaches, has been part of the rivalry between world powers to assert primacy in, what the Pakistani author Ahmed Rashid has aptly termed, the “New Great Game."

This new rivalry centers primarily around access to the massive underground reserves in Turkmenistan. But even beyond this energy scheme, China has now also set its sights on reviving the Silk Road, capitalizing on rail links between Pakistan and its "strategic partner", Turkey.

The wily Turkish foreign minister, Ahmet Davutoğlu, visited China in 2010, when he declared that "a new Turkey-China cooperation paradigm is emerging via getting out of the abnormal situation of the period following the Cold War." During its decade of AKP rule, Turkey developed an active foreign and economic policy, which I have termed its 'pseudo-Ottoman' gambit on various occasions.

In the framework of this strategy, which is "trying to shine a light on regions and areas previously located in the darkness beyond Turkish recognition and comprehension" for the nation's economic and political benefit, it is interesting to note that rail operations between Islamabad and Istanbul were restored late last year. Whereas Xinhua reported that "bilateral economic and trade cooperation, infrastructure and technical consulting cooperation, cultural exchange, technical cooperation in information and communications, marine cooperation and railway construction" were also agreed upon by China and Turkey, adding that both countries "aim to boost the bilateral trade value to US$50 billion by 2015 from the current US$17 billion."

The only possible spanner in the works could be thrown by the Uighurs living in China's wild west, the hub where the new Silk Road enters the wider world. As an ethnically-Turkic people professing the Islamic faith, some sections of Turkish society feel attached to their cause. But the current government's commitment to pursuing a pseudo-Ottoman policy appears to have securely put the Uighur plight on the back burner.

And, as I wrote last year, "Turkey is now [also] actively operating to be included in the scramble for the massive Turkmen gas reserves [or the New Great Game], located at the Dovletabad and the Galkynysh (‘Southern Yeloten – Osman’) deposits. In early 2012, Turkmenistan President Gurbanguly Berdimuhammadov was in Turkey, visiting Ankara and Istanbul, and met Turkey’s President Abdullah Gül. They signed a document containing this declaration: “The parties [, i.e. Turkey and Turkmenistan] confirmed the need for continuing work on the development of regional projects aimed at restoring the development of socio-economic spheres [in] Afghanistan. In this regard, the Turkish side expressed its interest in major projects, including the Turkmenistan – Afghanistan – Pakistan – India (TAPI) gas pipeline project, increasing the supply of Turkmen electricity to Afghanistan, as well as projects of transport infrastructure development and expressed its support for these projects."

This new Silk Road, connecting Turkey on the western edge of Asia with the ‘Middle Kingdom’ in the Far East, was also on the Turkish president's mind when he attended the opening the new Marmaray tunnel connecting Europe and Asia last October. Abdullah Gül indicated that "Very big projects first appear as dreams ... This project, which was first dreamed about 153 years ago was [finally] realized by our government."

President Gül then added that Marmaray is a tunnel connecting Beijing to London, intimating that the new Silk Road will not end in Turkey, but will move further west augmenting trade and prosperity in the process.

At the moment, however, Turkey's erstwhile stable economy under AKP rule appears to be faltering due to the continuing corruption scandal, while China is now also apparently on the brink of becoming involved in the Ukraine crisis. Still, Chinese Vice Foreign Minister Li Baodong told international reporters that "We are paying very close attention to the situation in Ukraine. We hope all parties can calmly maintain restraint to prevent the situation from further escalating and worsening. Political resolution and dialogue is the only way out."

It seems there might be a day – quite soon – when goods and people travel between Istanbul and Beijing, unless the present crises ruin the plans in the short and long term.