Is Bitcoin a novelty or a revolution? 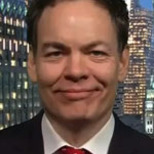 Max Keiser
Max Keiser, the host of RT's ‘Keiser Report,’ is a former stockbroker, the inventor of virtual specialist technology and co-founder of the Hollywood Stock Exchange.
Get short URL
Physical Bitcoins (Image from www.bitcointrading.com)
Follow RT on

Nine months ago, when I was a guest on the Alex Jones radio show I predicted a very large, market moving event within the following 9 months. I was right. What I saw back then was that global markets were and still are over-leveraged.

The central banks have set up too cozy relationships with their primary dealers who cash in 2% for every billion they borrow (yes, they borrow at negative interest rates). I saw a trend going back to Refco in 2007 who violated sacrosanct securities laws by dipping into customer accounts, something repeated by MF Global and then again by the 'banksters' in Cyprus.

The economic policies post the 2008 Lehman crash were designed to inflate the bubble bigger and badder and it didn't matter how many people lost their job, how badly wages fall apart or how many become homeless.

On the periphery of this narrative was the emerging crypto currency Bitcoin - promising to do to 'banksters' what bittorrent, p2p and file swapping had done to the music and movie business: revolutionize. Bitcoin was something else I was banging the table on to Alex Jones; who, to his credit allowed me to get the word out to millions of his listeners many of whom bought in at under $5.

Boom! Cyprus unleashed the Bitcoin genie out of the bottle. The market cap for BTC jumped past $1bn. and then past $1.5bn. Every central bank sympathizer from Henry Blodget at Business Insider to Felix Salmon at Reuters came out with panic stricken screeds trying to stem the flow of interest in this 'bankster'-killing new stateless, bankless currency. (Why couldn't they just admit they were pea green with envy at the sight of all these new Bitcoin millionaires).

Put it all together and I feel comfortable in declaring victory on my call from nine months ago. The stock, bond, and fat currency markets have all crashed against Bitcoin. For all you bloggers out there about to hit the keyboard with some uniformed and jealousy fueled rant I'll say again: just buy Bitcoin and be a part of the bankless currency revolution that will finally help rid us of the scourge that is Ben Bernanke and his ilk.