A professor wants to ‘destigmatize’ pedophilia. No, absolutely not 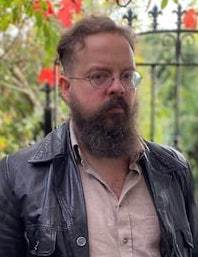 ‘Minor-attracted persons’ – or ‘paedophiles’, in old-fashioned parlance – are not deserving of our sympathy or indulgence, and no amount of woke, academic gibberish will make sane people think otherwise.

Gradually, they are inching towards their goal.

An assistant professor in criminal justice at Old Dominion University, Virginia by the name of Allyn Walker (who identifies as ‘non-binary’) has written a book titled ‘A Long, Dark Shadow’. The purpose of this work is a sympathetic examination of what the woke progressives now refer to as ‘minor-attracted people’, or ‘MAPS’ (paedophiles, to you and me), in order to “address the stigma surrounding them.”

Read more
It's in your head: Why reducing all problems to 'mental health issues' hurts humanity

“Having an attraction to minors as long as it isn’t acted on, doesn’t mean that the person who has those attractions is doing something wrong... I think we have a tendency to want to categorize people with these attractions as evil or morally corrupt … From my perspective, there is no morality or immorality attached to attraction to anyone, because no one can control who they’re attracted to at all.”

There exists now a proverbial tome, a spectral encyclopaedia consulted only by Western professors and journalists. Therein is written the bizarre lexicon of new ‘academic’ language; invented terms and politicised interpretations which alter otherwise eternal truths. Orbiting in that murk are all manner of morphing, ill-defined concepts of consent and perversion.

Luckily for us, this arcane and mystical tabula rasa is still (for now) forced to refer to paedophilia as a DISORDER. Not due to its innate evil, of course, but only for the reason that it results in ‘harm to others’. This simplistic definition leaves them open to consider a ‘non-harmful paedophilia’. As we can see, our materialist modern morals can only coalesce around concepts of consent, and not the natural, visceral disgust most people feel at the thought of sexualising children.

Often beginning in universities, this careful alteration of terminology is performed by wordsmiths seeking to advance language by degrees (and thereby thought) towards an abyss of relativism. That is, eventual acceptance of every sexual deviance imaginable, including bestiality and paedophilia. Whether they realise this is their goal or not, all of the pushing for identity inclusion points in this extreme direction.

And as we see with all progressive or Neoliberal ‘progression’, it begins with appeals to leniency, and ends in authoritarian enforcement.

Truthfully the very idea of paedophilia is abhorrent, and people should get no compassionate exemption for simply being ‘non-performers’. It is rightly stigmatised and persecuted, so that it remains a foremost criminal act, even merely in conception, deterred at the source under pain of extreme punishment. Any society that treats child safety with even the remotest indifference is illegitimate and dangerous. We should already be considered in danger by having a professor in our hallowed halls of learning who publicly expresses positive sentiments towards people who fantasise about molesting children.

Read more
Instagram culture of narcissism is destroying our society. Something has to be done about it

Such vanguards are the shock troops of woke thinking. What good can come from recognising paedophilia as a sexual orientation, even if some ridiculous and petty concept of ‘consent’ can be tagged onto it? Where exactly is our moral foundation in this pride-parade sex-party of orgiastic identities, and laws based on personal permissions?

It is unnatural to be attracted to a child. It is even more unnatural for a society to attempt to condone it. And it would be an aberration for a society to feel even slightly confused or sympathetic in any way towards it. People who admit to being paedophiles do not need a compassionate service provided for them; they should not be encouraged with support groups, special ‘dolls’, or indulgences of any kind. Indeed, the sympathy should not lie with those who are so lost, at all, but purely with those at risk of becoming their victims.

Those who push in this direction might be considered misguided or delusional rather than evil – but what, in the end, is the difference? They now exist in an unethical void; all boundaries have been dissolved, there is no moral right or wrong, just a perpetual, juvenile boundary-pushing. How many laws and virtues can we erode to nothing? They are manipulated constantly, almost by the week. A few scant years ago a ‘non-binary’ person would be considered an attention-seeker, not university professor material, and a ‘minor-attracted person’ would be considered a paedophile and a criminal.

Walker believes he/she is being compassionate by distinguishing between the ‘paedo of action’ and the harmless ‘paedo of thought’ who does not act upon his impulses. But this is an oversimplification of a deranged and utterly reprehensible notion - yes, it is unnatural and evil (in thought alone) to imagine robbing a child of innocence for sexual gratification. Like impulses of serial killing, there are certain ideas that are sinister to their core and too dangerous for compassionate leniency.

It is likely already too late to save Allyn Walker, but as a university professor ‘they/their’ delusions may proliferate and ultimately harm, to a much greater degree, coming generations. Young people may soon find themselves growing up in a world without any discernible ethical framework to protect them.

Gradually, they are inching towards their goal.