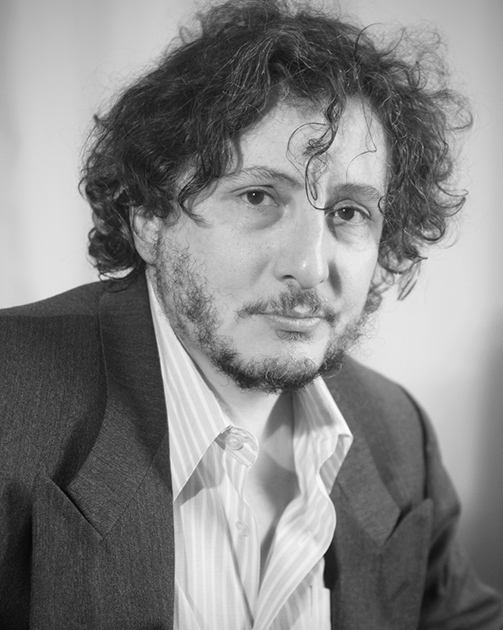 The UK Government’s new “action plan” to protect journalists will do little to burnish the credentials of a would-be champion of media freedom that continues to imprison the world’s most famous dissident journalist.

Continuing to promote itself as the soi-disant global defender of journalistic freedom, the UK Government has just grandly unveiled a National Action Plan for the Safety of Journalists to protect newsmen and women from harassment and threats. UK journalists have apparently “suffered abuse and attacks while going about their work,” and the government is selflessly riding to their rescue. The plan involves “new training for police officers as well as aspiring and existing journalists, and commitments from social media platforms and prosecution services to take tough action against abusers.”

Facebook and Twitter, we are told, are on board, promising “to respond promptly to complaints of threats to journalists’ safety.” The government makes no mention of the threat Facebook and Twitter pose to journalism. During the past few years, Twitter and Facebook have been closing down, or threatening to close down, the accounts of journalists, and with cheerful abandon. Moreover, during the 2020 US presidential election, the two social media giants interfered with the work of journalists by preventing the sharing of New York Post’sunflattering articles about Hunter Biden, son of then-candidate Joe Biden. Twitter went further and locked the newspaper’s account for the two critical weeks before the election.

Also on rt.com US persecution of Assange continues under Biden & vaccination passports

Prime Minister (and former journalist) Boris Johnson issued a statement nobly declaring: "Freedom of speech and a free press are at the very core of our democracy, and journalists must be able to go about their work without being threatened. The cowardly attacks and abuse directed at reporters for simply doing their job cannot continue. This action plan is just the start of our work to protect those keeping the public informed, and defend those holding the government to account."

For all the self-congratulatory verbiage emanating from the government, it’s hard to discern very much in this plan other than a promise to collect data about the supposed ongoing harassment of journalists.

Among the journalists the government of Boris Johnson will not be rushing to collect data about is of course Julian Assange. Assange has been languishing for nearly two years in HMP Belmarsh, a maximum-security prison dubbed Britain’s Guantanamo Bay. Its detainees include serial killers, child rapists and child killers, the 2013 murderers of a British Army soldier in Woolwich, the Manchester Arena bomber and the London nail bomber.

Julian Assange has been convicted of nothing other than the minor, procedural crime of skipping bail. Assange did not of course skip bail. In November 2010, Swedish prosecutors obtained a European Arrest Warrant, demanding that Assange be detained in the UK so that he could be questioned in relation to the sexual offense allegations made by two women with whom he had had brief sexual relations and who wanted him to be tested for HIV. Assange had to be questioned in person, and only in Sweden.

We learned subsequently from e-mail exchanges between the Swedish prosecutors and the UK Crown Prosecution Service, whose head at the time was current Labor Party leader Sir Keir Starmer, the British were encouraging the Swedes to refuse to come to London to interview Assange.

Though Sweden announced in May 2017 that it was discontinuing the investigation of Assange, the British authorities insisted that Assange would still face arrest the moment he stepped out of the embassy on the charge of…bail skipping.

On April 11, 2019, the government of Ecuador withdrew Assange’s asylum status, and invited the British authorities to enter the embassy and seize him. Assange was rushed before a judge and immediately sentenced to prison for 50 weeks. Within minutes of his arrest, the United States confirmed what Assange had said all along. It announced that it would seek his extradition on the basis of a secret indictment that had been prepared a year earlier. The charge was that Assange had conspired with Chelsea Manning to hack into a secure computer system. A month later, the United States announced 17 additional charges against Assange under its Espionage Act.

Within a month, UK Home Secretary Sajid Javid signed the extradition warrant that would allow the extradition of Assange to the United States. Javid did this even though the 2004 extradition treaty between the US and the UK explicitly states that “Extradition shall not be granted if the offense for which extradition is requested is a political offense.” Assange’s “offense” –publication of government documents detailing war crimes and official abuses of power– is about as “political” as any offense can get.

In early January 2021, Judge Vanessa Baraitser denied the US extradition request for Assange on the grounds that the inhuman conditions in a US Supermax prison could drive Assange to suicide. Then, with extraordinary inconsistency, she ordered Assange to remain in Belmarsh, the UK’s Supermax, while the US appealed her decision–a legal process that could last for years.

Yet even as Assange was languishing in prison, amidst a global pandemic and among some of the worst criminals in the land, the UK Government was launching a campaign to promote itself as the global champion of journalistic freedom and the scourge of unenlightened regimes resisting transparency.

In July 2019, one month after the Home Secretary had signed off on the US’s extradition request, the UK Government co-hosted, with Canada, a Global Conference on Media Freedom, “part of an international campaign to shine a global spotlight on media freedom and increase the cost to those that are attempting to restrict it.” In the spirit of shining a “spotlight on media freedom,” the UK Foreign Office refused to permit RT and Sputnik to attend the conference. “We have not accredited RT or Sputnik because of their active role in spreading disinformation,” the Foreign Office explained.

Also on rt.com Assange pardon could have been Trump’s lasting legacy. He failed to secure a place in history

Without a trace of irony, UK Foreign Secretary Jeremy Hunt declared to the conference attendees: “We are on the side of those who seek to report the truth and bring the facts to light. We stand against those who suppress or censor or exact revenge.”

Scarcely a day goes by without the UK Government’s sounding off on the persecution of journalists somewhere–other than in the UK of course. Foreign Secretary Dominic Raab has weighed in on the persecution of journalists in Belarus. He was disturbed by, yes, the denial of accreditation. “The Belarusian authorities,” he tweeted out in August 2020, “are continuing to target @BBCNews, local and international media by cancelling their accreditation to report in Belarus.” The UK championed the cause of Svetlana Prokopyeva, who was convicted on charges of “justifying terrorism,” even though she was not sent to prison. During the recent protests over the trial and imprisonment of Alexey Navalny, Raab sternly warned Russia not to target journalists.

The UK Government’s self-congratulatory commitment to media freedom notwithstanding, its own record is rather unimpressive. Journalist advocacy organization Reporters Without Borders publishes an annual survey of the state of journalistic freedom in the world. According to the most recent World Press Freedom Index, the UK has slipped to number 35 in the world. Among the issues Reporters Without Borders raised were the continued imprisonment of Assange, as well as the criminal probe of the July 2019 publication of embarrassing diplomatic cables. The documents, like those of WikiLeaks, were clearly genuine since their appearance in print led to the swift resignation of the UK ambassador to Washington.

The government’s ‘action plan’ is not only self-serving, but also disingenuous. Why do journalists get special protections denied to others? Anyone in the public eye–politicians, lawyers, judges, athletes, actors, TV celebrities–is likely to experience abuse, personal insults and threats. This rush to single out journalists for special protection smacks of governmental unctuousness, a heavy-handed attempt to flatter journalists by suggesting that they are doing something frightfully dangerous, something likely to provoke powerful interests. Very few journalists do any such thing. Indeed, that the government is so eager to tout the virtues of journalists would surely indicate that it has little to fear from them. The kind of journalist who does indeed take risks, who does dedicate his life to bringing transparency to government–a Julian Assange, in other words–is not the sort of journalist the UK Government will do anything to protect. On the contrary, it will aid and abet in his persecution.