'Patron saint of incels'? Outrage over Joker is a bad joke 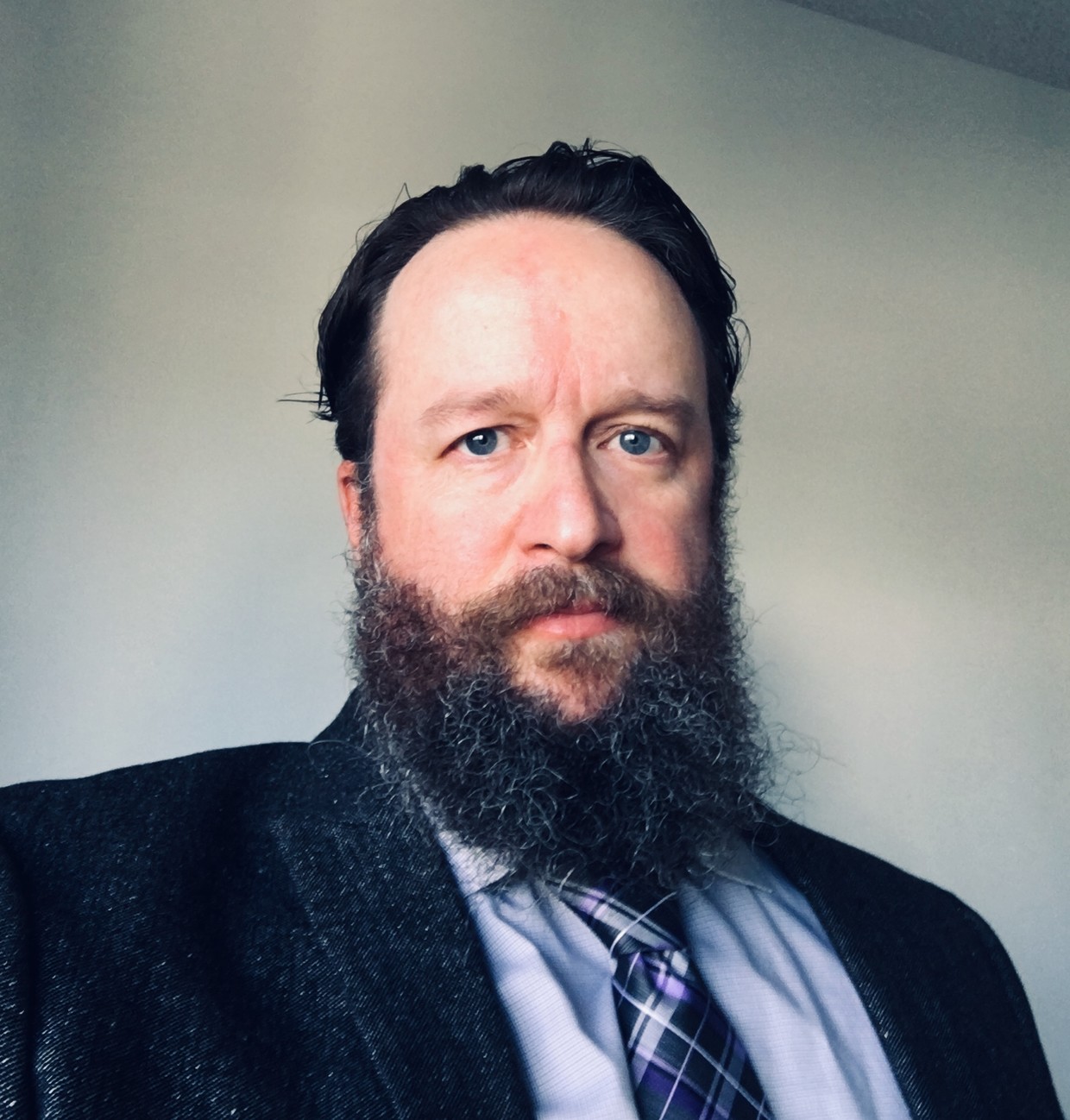 Michael McCaffrey
Michael McCaffrey lives in Los Angeles where he works as an acting coach, screenwriter and consultant. He is also a freelance film and cultural critic whose work can be read at RT, Counterpunch and at his website mpmacting.com.
Get short URL
Screenshot from trailer © Warner Bros. Pictures Presents, in Association with Village Roadshow Pictures, in Association with BRON Creative, a Joint Effort Production, a Film by Todd Phillips, “Joker.”, 2019
Follow RT on

Сritics and woke people are up in arms over the Joker movie because they think “evil” white men will like it and be inspired to kill.

It used to be that it was right-wingers who would get outraged over movies they deemed “dangerous” because they offended their delicate sensibilities, Last Temptation of Christ and Brokeback Mountain being prime examples. Now it is left-wing scolds who reflexively denounce movies they find “problematic”, with the highly-anticipated Joker having raised their self-righteous ire.

Joker opens on October 4th and is directed by Todd Phillips and stars Joaquin Phoenix. The movie is inspired by Martin Scorsese’s films Taxi Driver and The King of Comedy and is thought to be a breath of fresh air in the comic book genre and the antithesis of the corporate Marvel movies. Joker tells the story of Arthur Fleck, a disaffected white man who eventually becomes Batman’s nemesis, the super villain Joker.

Fleck being white has ignited a moral panic over Joker, because according to woke Twitter, white men are inherently violent, and so Joker is dangerous as it will act as a pied piper leading lonely white men to commit Joker-esque mass shootings.

The criticisms of Joker on Twitter are stunning for the shameless level of scorn and hatred brazenly heaped upon white men.

Tweets saying“I don’t want to be around any of the lonely white boys who relate to it”, and “Joker movie is starting to look like a sympathetic tale of a ‘wronged by society’ white dude and their entitlement to violence” and “in a time of increasing violence perpetrated by disaffected white men, is it really the best thing to keep making movies that portray disaffected white men doing violence as sympathetic?,”highlight the racial animus animating the Joker moral panic. It is inconceivable that such venom would be acceptable against any other racial group, such as African-Americans or Muslims.

The Joker panic has spread like a contagion from Twitter to the real world, where police have vowed to increase their presence at theatres, and some cinemas are banning ticket holders who wear costumes.

The US Army and the FBI have issued a warning that some “incels” or involuntary celibates, may violently target screenings of Joker.

Also on rt.com Costumes on screen only: US theater chain bans dressing up for ‘Joker’ screenings over fears of another shooting

Family members of victims of the 2012 Aurora, Colorado movie theatre shooting, have even written a letter to Warner Brothers, conveying their concerns over Joker and imploring the studio to support anti-gun causes. This is puzzling as the Aurora tragedy was during a screening of The Dark Knight Rises, which didn’t feature the Joker, and while some early reports claimed the shooter dressed like the Joker and declared: “I am the Joker”, those reports have been thoroughly debunked. This conflating of Joker with Aurora reveals the vacuity of the frenzy.

The hysteria around Joker has infected US film critics as well. When Joker premiered at the prestigious Venice Film Festival it received an eight-minute standing ovation and won the coveted Golden Lion for best picture. The last two Golden Lion winners, Roma and The Shape of Water, went on to be nominated for twenty-three Oscars combined, winning seven. Joker’s reception at Venice would seem to be indicative of the film’s artistic bona fides, but American critics, who are more interested in pretentious pandering and virtue signaling, strongly disagree.

Stephanie Zacharek of Time, said of Joker, “the aggressive and possibly irresponsible idiocy of Joker is his (director Phillips) alone to answer for.”

Zacharek goes on to state that Arthur Fleck, “could easily be adopted as the patron saint of incels.”

Anthony Lane of the New Yorker opined: “I happen to dislike the film as heartily as anything I’ve seen in the past decade…”

David Edelstein of Vulture, described the film as “morally blech”, then went full-on Godwin’s law in his review when he declared, “As Hannah Arendt saw banality in the supposed evil of Nazi Adolf Eichmann, I see in Joker an attempt to elevate nerdy revenge to the plane of myth.”

Film critics getting the vapors over a movie is nothing new, as cinema history is riddled with fraught hyperbole over “dangerous” movies.

In 1955, New York Times critic Bosley Crowther bemoaned Rebel Without a Cause because “it is a violent, brutal and disturbing picture.”

In 1971, esteemed critic Pauline Kael decried A Clockwork Orange, denouncing the film as “corrupt” and describing director Stanley Kubrick as “a pornographer.”

In 1989, Joe Klein, a critic for New York wrote an infamous piece on Spike Lee’s iconic film Do the Right Thing. Klein wrote: “If Lee does hook large black audiences, there’s a good chance the message they take from the film will increase racial tensions… if they react violently – which can’t be ruled out…”

Klein went on to write that the sole message black teens would take from the film was: “The police are your enemy” and “White people are your enemy.”

In a great example of the intoxicating power of the Joker moral panic, Boston Globe film critic Ty Burr wrote an article about Joker where he references Klein’s historically embarrassing take on Do the Right Thing, but instead of using Klein’s egregiously myopic article as a cautionary tale, Burr instead embraces the reflexive emotionalism of the Joker moral panic.

Burr declares of Joker: “Is it ‘reckless’? Honestly, in my opinion, yeah, and if that makes me this year’s Joe Klein, so be it. To release into this America at this time a power fantasy that celebrates — that’s right, Warner Bros., celebrates — a mocked loner turned locked-and-loaded avenging angel is an act of willful corporate naivete at best, complicity at worst, and blindness in the middle.”

As Burr concedes in his article, there is no causal link between violent movies or video games and mass shootings, and yet because Burr “feels” uneasy, he deems Joker guilty of being “dangerous.”

The bottom line is this, there have been shootings before Joker, and unfortunately, there will certainly be shootings after Joker, but Joker will not “cause” anyone to kill people. Human beings will be violent not because of movies but because they are human beings. As Kubrick so eloquently showed us in 2001: A Space Odyssey, evolution has not removed our violent impulse, only given us better weapons.

The purpose of art is to, sometimes uncomfortably, examine humanity and reflect the world in which it exists, and by examining and reflecting, hopefully give the audience a deeper insight and understanding of themselves, their fellow humans and the world in which they inhabit. I have not seen Joker, so I don’t know if it does those things well, but from the plethora of negative reviews I’ve read from US critics, their problem with Joker is that it does those things all too well.

These critics, both professional and amateur, prefer not to examine the origins of the isolation, alienation, and rage felt by disaffected white working class males who are inundated with messages from the media and the education system that stigmatize and/or criminalize whiteness and traditional masculinity.

They want to ignore or malign these men, particularly those in middle age, even though they are dying from deaths of despair (suicide, drug overdose or alcoholism) at alarming rates that have more than doubled over the last twenty years.

Joker is not a clarion call to white male violence, it is a desperate attempt at a diagnosis of the pandemic that is killing white men and will eventually kill America.

Joker’s effete and effeminate critics, the eunuchs sprawled on fainting couches at the thought of having to bear a cinematic meditation on the heart of darkness at the center of an iconic super villain, are a bad joke. Their insidiously overwrought outrage and moral panic over Joker exposes their egregious unworthiness as thinkers and critics, and frankly, the vapid unseriousness of our culture.