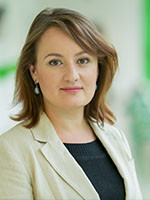 Last-ditch efforts by the European intelligence community, politicians and the mainstream media to find the “Russian trail” ahead of the EU parliamentary elections lead to nowhere.

They tried. They really tried.

For years the European establishment has been sounding the alarm about a seemingly ever-imminent Russian interference campaign in European politics. Accusations against Russian media and, specifically RT, often took center stage. Now, hundreds of conferences, articles and speeches later, and with just a couple of days to go until the European Parliamentary elections; shock horror there is no evidence of interference. Even the final efforts to pre-emptively find a scapegoat for any unsatisfactory result have come up with nothing.

However, it hasn’t stopped attempts to push that narrative.

The most earnest attempt has come from France’s Mediapart, which published an extensive investigation entitled: “The Élysée is worried about Russian interference in the European elections.” The article admits that the President of France is “obsessed with a possible Russian interference.”

This should not come as a surprise. Mr. Macron’s 2017 campaign at times looked like it was running not against its political opponents but against RT, which it repeatedly accused of spreading “fake news” about the then-presidential candidate, despite having failed to produce a single example to date.

Today, the Élysée takes issue with our coverage of the Yellow Vests protests, which have been going on for more than half a year throughout France. It seems protests are only newsworthy when they take place in Russia – then they are covered obsessively by the MSM.

The Mediapart investigation also sees a problem with any person or organization “broadcasting pro-Russian speech.” It is not made clear what makes voicing or hearing such an opinion a subversive act that undermines the EU, unless all European democracy hinges on the unmitigated collective hatred of Russia. A solid platform, no doubt.

But the real coup de grace of the “Russian interference” narrative came courtesy of the BBC in its piece entitled: “Is Russia trying to sway the European elections?” I will spoil it for you right away, because the definitive answer to the BBC’s quest is inconspicuously buried in the middle of the report:

“Officials admit that there is currently little evidence of large-scale attempts to spread disinformation directly related to this week's vote.”

Well, there you have it.

Still, the article is worth looking at in detail, as it – probably inadvertently – carries a comprehensive collection of all the misguided tropes and efforts in the “Russian interference” narrative.  For example:

“Officials in Brussels have been taking action against perceived Russian disinformation since at least 2015, when the East Stratcom Task Force was created.”

So, in essence, the EU has a taskforce to assuage their own paranoia – if there have been no attempts – just what have they been doing?

Let’s take another example from the article:

“Attempts have been made […] to denigrate particular politicians, or to misrepresent certain policies.”

This is essentially an admission that some politicians cry “Russian fake news” when they don’t like coverage about them or their policies. That’s the nature of contemporary political life, it seems.

“[…] the 2017 elections for the German Parliament, […] right-wing nationalists were allegedly endorsed by Russia. And during French presidential elections in the same year, Kremlin-funded media outlets were accused of “spreading falsehoods” throughout the electoral campaign.”

So, this accusation is simply being “alleged,” aren’t endorsements meant to be cut and dried? Ultimately, it’s an example of the same unquestioning parroting of the Macron campaign, with neither it, nor the BBC producing a single example of the “falsehoods” in question.

Speaking of the 2017 German elections and alleged Russian interference, this September ’17 Washington Post headline speaks for itself: “As Germans prepare to vote, a mystery grows: Where are the Russians?”

Taking the taskforce to task

The aforementioned EU disinformation taskforce deserves a closer look in and of itself.

It is mentioned by the BBC in passing: “Although the [East Stratcom] task force now focuses solely on Russian media outlets with links to the Kremlin, it came under fire in 2018 for listing articles published by Dutch media outlets as examples of disinformation.”

The taskforce and its flagship project “EU vs Disinfo” did not simply “come under fire.” It was outright sued by the three Dutch outlets in question, with support of the Dutch government. What did they publish, to earn the “fake news” label from the EU’s taskforce? Three separate, factually accurate stories that portrayed Ukrainian politics in a negative light.

Did EU vs Disinfo have a “come to Jesus” moment that caused them to see the value in such factual reporting even when it doesn’t fit their pre-determined narrative? Would they have removed the original “offenders,” had they come from a Russian news outlet, from RT? It is obvious that the answer to both of those questions is a resounding “of course not.”

By redefining its mission to only focus on Russian media after the Dutch fiasco, East Stratcom de facto admits that despite its project’s name, it is not fighting disinformation, it is fighting Russia. It is not about facts, but about politics.

It begs the question: Why reporting the same facts, the same stories is considered journalism for some countries, but labeled “disinformation” for others? This double standard exposes the intellectual and ethical bankruptcy of this project in particular, and the general, self-destructing European establishment trend to label any inconvenient, uncomfortable reporting as “Russian disinformation.” Reality be damned.

Also on rt.com The Russians are coming for European elections! Just don’t ask for proof

The concluding passages of the BBC piece concede that very point and expose just how weak and desperate are the attempts to blame the Russian media and RT for any EU discontent:

“The elections have featured prominently in media outlets funded by the Kremlin, including broadcaster RT and the Sputnik news agency.”

The BBC continues: “In their search for signs of Russian disinformation campaigns, experts have spotted evidence of similar attempts to deceive – emerging not from Kremlin-linked outlets, but from partisan groups based inside the EU”. And, “It might be that Russia is tapping into this kind of Eurosceptic agenda and they have been doing that for a very long time.”

In other words, 1) the call is coming from inside the house and 2) RT simply covers the stories that already exist in Europe, but that others ignore. Which is what we have been saying all along, and what we repeated, again, for the BBC:

“It is beyond naive to think that if RT didn’t exist that the issues we cover wouldn’t exist. It is an insult to millions of the EU citizens to broadly paint them as fringe and dismiss their concerns. Overlooking disagreeing voices is what has long undermined the media-political establishment, not RT.”

Remarkably, it seems that the Beeb is finally, begrudgingly waking up to this very reality. Deflated, the piece concludes with the following:

“By focusing on [Russian disinformation], the European Commission is shifting the focus from the more pressing underlying political issues and that's dangerous," says Julia Rone, a researcher at Cambridge's Department of Politics and International Studies. “There are people who are legitimately worried about economic inequality, about youth unemployment, and especially about immigration,” she says. "There's a lot of mobilisation from the far-right all across Europe and it cannot be attributed simply to foreign agents."

Can we finally hope for a lesson learned?