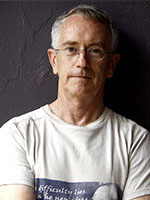 For years, Australia has been seen as the goose which laid the golden egg for workers, migrants and investors. Ironically, as America’s casino closes, it will eventually end up as a speculator’s paradise.

The performance of the Australian stock market relative to its American equivalent since the Global Financial Crisis (GFC) shows the difference between a country where Quantitative Easing (QE) – the buying of bonds by the central bank to drive bond prices up and interest rates down, and thus encourage firms to invest and financial institutions to buy shares – was practiced and one where it was not. It’s both a warning about what could happen when the Fed starts to unwind QE, and a perverse opportunity to profit when Australia’s central bank, the RBA (Reserve Bank of Australia) inevitably starts its own QE program.

Since Australia avoided the GFC, and its rate of economic growth has been twice as fast as America’s post-crisis (an average 2.7 percent per year, versus 1.3 percent for the US), you might expect Australia’s stock market to have done better than America’s. In fact, it’s performed much worse: the main Australian index, the ASX, still hasn’t returned to its mid-2000s peak, while the US S&P500 has more than doubled its pre-crash level, and it’s almost four times as high as it was in the deepest depths of 2009.

The timing of the US stock market recovery is instructive: it began in February 2009, just three months after the Federal Reserve began “QE1” (the first of three episodes of Quantitative Easing), when it promised to net buy bonds from the financial sector to the tune of $1 trillion per year ($80 billion per month).

With the Fed buying a trillion bucks worth of bonds every year, thus giving the financial sector one trillion in cash per year in place of its interest-earning bonds, the only place the financial sector could stash that dough in search of a return was the stock market. This was the intention of the policy of course: to drive share prices higher in order to stimulate the economy. Aside from the fact it’s made the wealthier even wealthier as a direct effect of government policy, and cost far more than a direct boost to the poor would have done, it’s worked a treat: according to Robert Shiller’s “Cyclically Adjusted Price to Earnings Ratio,” it’s driven America’s stock market to its second-highest peak in history, higher than the 1929 bubble, second only to the DotCom maximum in 2000, and more than twice its long-term average.

Now the Fed is planning to both unwind QE – to sell bonds back to the financial sector in return for cash – and to push interest rates up as the economy booms, and the inflation rate finally kicks higher after a decade of low interest rates and QE.

That means that the Fed will be on the sell side for bonds, putting the finance sector on the buy side. To pay for those purchases, the finance sector will have to sell shares. Interest rates will also rise doubly, firstly from the Fed pushing its policy rate higher, secondly from the unwinding of QE driving down bond prices and therefore driving up interest rates. Anyone’s who’s in the US stock market and not worried about what that triple whammy could do to share prices is delusional.

So what’s a share market speculator to do? Well, when one casino turns bad, why not look for another one? The odds are that the next stock market casino in which the tables will be tilted by the house in favor of the gambler will be Australia’s.

Australia’s RBA didn’t have to rescue its economy from the crash, because prompt fiscal action by the Australian government (and re-starting the housing bubble via a bribe to entice first-home buyers into the market) stopped the private sector deleveraging that caused the crisis everywhere else. So Australia’s long boom since its last recession in 1990 was prolonged by continuing its private-debt bubble.

However, this isn’t how the RBA interpreted Australia’s success. Because its chieftains are as blissfully unaware of the importance of private debt to macroeconomics, as was Ben Bernanke (and I know this from personal interactions with them at up to the deputy governor level). Instead, Australia’s apparent success led its political and economic pundits to believe that the GFC was not in fact a global phenomenon, but a “North Atlantic Financial Crisis” due to how poorly financial systems were managed in the US and UK, versus their excellent management in Australia.

Ha! The real reason that Australia (and Canada) avoided the worst of the GFC is that they kept on drinking the Kool-Aid that caused it: private debt, and especially household mortgage debt. Whereas the other Anglo-sphere countries which had serious crises in 2007-08 (the US, UK and Ireland) have reduced their household debt levels since then, Canada and Australia have continued to lever up – Australia to the spectacular level of over 120 percent of GDP.

This additional leverage is what has kept the housing bubbles alive in both these countries well after they burst in the rest of the English-speaking world. But it’s starting to turn in both states now, especially in Australia where growth in household credit has turned negative, and house prices have already fallen more than 5 percent from their peak. When that deleveraging gathers momentum, a recession will strike and Australia’s RBA will do just what the Fed did: start QE to try to prop up the share market.

So ironically, Australian shares will likely start to do well, just as the national economy begins to tank. Such is the nature of stock markets when central banks believe keeping stock prices high is more important than keeping unemployment low, never mind wage growth.