Who is using chlorine as a chemical weapon in Syria? 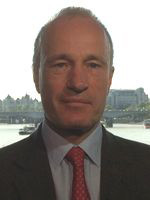 Former Scotland Yard detective Charles Shoebridge explains why claims of chlorine attacks in Syria should be treated with caution.

The alleged use of chlorine as a weapon in Syria is back in the news in the US and UK, with fresh incidents reported and US Secretary of State Rex Tillerson taking the opportunity within the last few days to condemn Syrian President Bashar Assad over the issue. Unusually, he also later appeared to concede there may be some doubt – but asserted anyway that “whoever conducted the attacks Russia bears responsibility.”

So how does the alleged evidence that the Syrian government is carrying out chlorine attacks stack up?

Some years ago I pointed out the still rarely commented upon apparent correlation between the timing of chlorine incidents and the holding of important international gatherings on Syria, such as UN Security Council meetings. If the chlorine claims were true, it seemed that Assad for some reason was deliberately timing his attacks to best hand his opponents a propaganda advantage and to mobilize the world against him. Another explanation, perhaps more likely yet never mentioned in the Western media, was that to achieve this aim these incidents were actually false flags his opponents were fabricating.

The recent allegations seem similar in this respect, coinciding exactly with many world leaders including Tillerson meeting in Paris to discuss chemical weapons, and just as a Syrian government operation to clear eastern Ghouta of US- and UK-backed rebel forces allied with groups associated with al Qaeda is underway.

Regardless of factual basis, claims of chlorine use, along with those of barrel bombs and attacks on hospitals, have been one of the most enduring propaganda memes of the Syria war.

Yet while headlines of chemical weapons are undoubtedly dramatic, the relatively low lethality of chlorine makes it an ineffective – and therefore arguably also unlikely – choice of weapon. Tillerson’s own comments bear this out. He spoke of twenty people being injured in an incident the day before, yet if ‘ordinary’ explosive bombs of the sort used not only by Russia and Syria but also by the US for example in Raqqa and Mosul had been used instead of chlorine, the effect on civilians in terms of both fear and fatalities would certainly have been very much worse.

Indeed, given the low toxicity of the allegedly small amounts used and the unpleasant bleach smell that always betrays chlorine’s presence, in most instances people could avoid being killed by simply walking away – another indication of its near uselessness as a weapon. Perhaps the only way it could be tactically effective is if used to drive people from trenches or bunkers to allow them to then be killed with bombs and bullets – but again, the amounts of chlorine needed would be far more than is alleged, and the accuracy needed to target in this way is unlikely to be achieved using unguided rockets as alleged this week in east Ghouta, or by dropping a ‘barrel bomb’ from a helicopter. Also, there has been little if any evidence offered or claims made of this tactic being used.

Given the above, it’s hardly surprising that First World War commanders who tried using chlorine as a weapon even in very high concentrations soon learned there were much more effective ways to kill. Indeed, this was one of the reasons why, when being pressured by US and UK politicians, media and NGOs to take action against Assad, even President Obama expressed skepticism, acknowledging that “chlorine isn’t historically a chemical weapon.”

Nonetheless, Western governments and media regularly cite a joint report by the UN and the world’s chemical weapons watchdog, the Organization for the Prohibition of Chemical Weapons (OPCW), that suggested Syria government forces were responsible for three chlorine attacks that took place in 2014 and 2015.

Perhaps as a PR tactic, the OPCW report prior to its public release was leaked to the media and other organizations sympathetic to the US and UK’s Syria narrative. The media then published selected excerpts alongside headlines suggesting that the OPCW investigation had proved Assad was using chlorine as a chemical weapon – and hence was in breach of the Chemical Weapons Convention, to which Syria since 2013 has been a signatory.

When the report was publicly released, a story of far less certainty emerged – a story that didn’t appear in US or UK media not only because it wasn’t helpful to US or UK policy, but also because with the selective leaks having dominated previous headlines, the release of the actual report was no longer considered newsworthy.

As one might expect from professional investigators, the OPCW report contains numerous caveats and reservations that cast doubts on its conclusions. For example, the report acknowledges that while evidence was “sufficient” in three of nine cases to allow a conclusion to be drawn that Syrian government forces had used chlorine, it also confirms that in none of these cases was this evidence “overwhelming” or even “strong.”

Such evidence included testimony from doctors who had witnessed chlorine symptoms but couldn’t know for sure how the chlorine had been delivered, even less by whom. Residents described hearing a helicopter at the time of the incidents, consistent with a helicopter dropping chlorine. Yet unmentioned by the report, this would also be consistent with chlorine being deliberately released by another party upon hearing a helicopter overhead, thereby encouraging a link to Syria government forces to be presumed.

In respect of this linkage, given that over many years a large number of “chlorine barrel bombs” have allegedly been dropped, it’s perhaps surprising in the course of a war in which almost everything is captured on video that no direct video proof of a helicopter dropping chlorine seems to have been recorded. Indeed, when on Twitter I asked for such helicopter linkage evidence, the only ‘proof’ I received was this animated video.

Crucially, and again wholly ignored by most US and UK media, the OPCW report itself highlights its own weaknesses, stating for example that the investigations were affected by the lack of a chain of custody for evidential material, the use of second or even third hand sources, the supplying by some parties of misleading information, and the difficulty of finding independent witnesses (page 8 of the report)

Such a weak evidential basis and the possibility of fabrication have been apparent for years, yet overlooked by Western media and NGOs in their enthusiasm to promote an anti-Assad narrative. In what may be an example of this, what appears here to be bright green flare or signal smoke is claimed by rebels to be chlorine – a claim then repeated by western journalists and human rights groups despite the fact that some rudimentary research would have told them that heavier-than-air chlorine is unlikely to rise as the video shows.

Fabrication even involving real chlorine would be relatively straightforward because chlorine is in such wide use, for example for water purification, that as the OPCW report notes it is readily available to all parties in Syria. Furthermore, as the OPCW also note, al Nusra rebels seized and for a long period occupied a major Syrian chemical plant, from which much of the stored chlorine has disappeared and never been accounted for.

Along with the testimony of doctors and residents, the OPCW report also relies heavily on the witness statements of what are called “first responders,” but who are better known as the White Helmets – funded by, among others, the UK government’s secret security fund, and responsible not only for a continuous stream of anti-Assad propaganda, but also in many cases being the main ‘witnesses’ to atrocities ranging from chemical attacks to air strikes on aid convoys alleged by them to have been carried out by Assad. For any professional investigator who has followed the development of the White Helmets since their founding by a former UK army officer in 2013, such ‘witnesses’ could never be considered impartial, objective or credible.

Not only did the White Helmets provide much of the direct witness evidence of the alleged chlorine attacks but also, because the OPCW investigators weren’t able to visit any of the attack sites, it seems these ‘first responders’ also played a major part in producing the testimony of other witnesses, as well as producing and securing purported physical evidence. From the perspective of the integrity of an investigation, it’s hard to imagine anything more damaging than its effective outsourcing to an organization that, with their close working relationship with rebels including some linked with al Qaeda, has every interest in not only blaming incidents on Assad, but also a clear incentive to perhaps fabricate those incidents. Indeed, on many occasions the White Helmets have been accused of such fabrication, including in relation to chlorine.

It’s of course possible that the Syrian military is using chlorine as a chemical weapon. But if so, and notwithstanding years of allegations, no strong proof of this has yet emerged – even less a military or political motive as to why they would do so, or in any case of a direct link to Assad.

For the rebels and their powerful Western and Gulf Arab government supporters however, there exists a clear incentive to fabricate chemical weapons incidents for propaganda purposes – not only to push for western military intervention or a no fly zone that would seriously hinder the advance of government troops, but also to reinforce demands that Assad shouldn’t be a future leader of Syria, irrespective of the decisions of the Syrian people in any potential future elections.

Alleged chlorine attacks are also, as Tillerson showed, a useful tool to disparage and condemn Russia as being responsible for war crimes, regardless of the fact that Russia has proposed a new, comprehensive chemical weapons investigation – which the US has rejected, perhaps fearing what a far reaching, truly objective investigation might find.

In any event, claims of Syria government use of chlorine and other war crimes are likely to continue – not least perhaps because, despite the lack of a motive or any solid proof, a generally compliant, unsceptical and uncritical Western media will likely continue to report such claims as if they are unquestionably true.