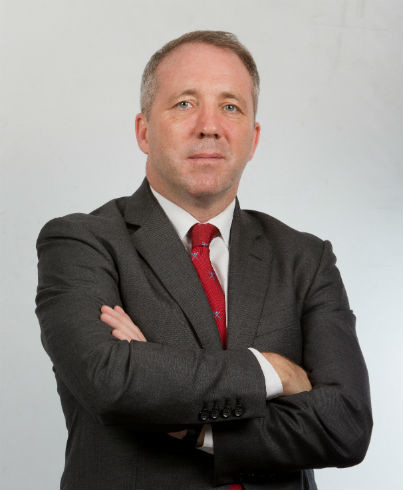 US President Donald Trump is finding his campaign promises increasingly difficult to fulfill, but his leaning towards military interventionism could be the most fundamental breach of trust for his Rust Belt supporters.

Across the globe, we see potential new Trump foreign military actions or the expansion of old ones. The US leader recently made threats of US military action in Venezuela and North Korea (of the nuclear variety), US operations in Syria were ratcheted up and there has been pressure from his advisers to expand rather than scale back US operations in Afghanistan.

It wasn’t supposed to be this way.

The latest sacked apparatchik to emerge blinking into the light from the bunker of Trump’s White House, Steve Bannon, admitted on Friday that the Trump Presidency was ‘over’. And Trump’s former chief strategist was no ordinary adviser. Bannon most ably articulated what Trump and his supporters stood for.

Yet in his departing interview Bannon said:  “The Trump presidency that we fought for, and won, is over.”

“His [Trump’s] actual default position is the position of his base, the position that got him elected. I think you’re going to see a lot of constraints on that. I think it’ll be much more conventional.”

The instances of the permanent Government, the civil service, getting hold of a maverick leader and brow beating him into their way of thinking are myriad. What Bannon calls the “the West Wing Democrats” have been moderately successful with Trump.

Bannon was the arch-advocate for ending the United States seven-decades-long policy of intervening in foreign states to pursue goals that were often of little consequence to the American people. He angered his boss by pointing out that military intervention in North Korea, without causing the deaths of millions of South Koreans, was impossible.

Read more
Trump teases ‘decision’ on US strategy for Afghanistan

Trump too was, until recently, a long term opponent of liberal internationalism.

While promising caution and non-interventionism in foreign policy, Trump labelled Hillary Clinton a ‘trigger happy’ warmonger on the campaign trail. There would be no more escapades like Iraq under President Trump. He couldn’t have been more emphatic with this anti-interventionist statement as he made it to George Bush’s brother Jeb during a Republican Party primary debate.

After exchanges with his opponent Clinton last September, one assumed he was against any military actions in the Middle East.

“Sometimes it seems like there wasn’t a country in the Middle East Clinton didn’t want to invade,” he said of Barack Obama’s former Secretary of State.

Trump promised to “prioritize diplomacy over destruction” and pledged that in his administration “our actions in the Middle East will be tempered by realism”. Still, during the same debate he pledged to institute a massive expansion of the US military.

He also said, in late 2015, that he intended to annihilate ISIS.

As always, it is difficult to decipher Trump’s precise stances on an issue. Yet on foreign policy look closer and you will see he has been steady down the years. Trump has long harbored ambitions to become President, but it was not until 2016 that the political environment at home and abroad made an election run possible.

In those years of evolving political ambition he was, according to observing academics, remarkably consistent in his foreign policy.

Thomas Wright of the Brookings Institute wrote in January 2016, as Trump’s campaign was getting serious, that he had a foreign policy similar to Charles Lindbergh’s isolationist ‘America First’ movement of the 1930s. Wright wrote that Trump has maintained that America is getting raw deal from the liberal international order it helped to create in 1945.

Trump’s made contradictory statements over the neo-Nazi attack in Charlottesville. Initially, he issued a lukewarm condemnation of the attack, then, under pressure from his advisers and family, issued a ringing condemnation. Then, in a live ‘doorstep’ interview with journalists he shook off the unwanted moderate shackles again and essentially said both sides – alt right and leftist demonstrators alike – had erred.

This once again illustrated the great danger of taking Trump at face value. But as Bannon said, in some areas, he is increasingly being taken over by the internal pressures.

There are few more insidious and successful influencers on a US President than the Generals. From Lyndon Johnston to Ronald Reagan to Barack Obama the Presidents have been led down paths that they didn’t initially want to go. After all, military men have a tendency to favor foreign intervention.

Trump threatened Kim Jong-un’s North Korea with nuclear war. And then the US President did seem to pull back.

Kim Jong Un of North Korea made a very wise and well reasoned decision. The alternative would have been both catastrophic and unacceptable!

But still we had the unprecedented scene of a US President using language more suited to an Arnold Schwarzenegger action movie about the potential use of his country’s nuclear arsenal against a rogue state.

There has been talk of US conventional military action in North Korea, a country where they fought a war in early 1950s. Most recently Trump has rattled his sabre in Venezuala’s direction.

In the company of Secretary of State Rex Tillerson, he said: "And by the way I am not going to rule out a military option," Trump said. "We have many options."

Once again there was pull back from the brink. In this instance, it was Vice President Mike Pence who was interpreted as downplaying a possible US invasion of Venezuela. Still Pence was hardly roundly dismissing action when he said: "As President Trump said just a few days ago, we have many options for Venezuela.”

One could be critical of Trump for backtracking on another campaign promise. But he has been disarmingly honest about his surprise at the magnitude of the job he has been elected to perform.

He is the only President to have been elected with no military or political experience. Any man, no matter how anti-interventionist, would be influenced by hawks in the military and political bureaucracy. In the United States, where the policy of foreign intervention is so entrenched in the Washington ruling elite the pressure, and the intelligence that backs it, must be unbearable for a ingénue President.

Threats by North Korea to fire missiles at the United States, or more plausibly the US Pacific protectorate of Guam, must be taken seriously. When those missiles start dropping in the ocean, the fear must be there that they will eventually hit a target. The US President must be seen to protect his country’s interests.

Similarly, Venezuela’s deteriorating economic and political welfare must be considered a major problem for the United States.

The United States neighbors in North and South America have joined it in criticizing the government in Venezuela as it threatens to destabilize the economy of that region. Venezuela has been stricken by violent protests in recent months amid massive inflation, food shortages, and efforts to quell dissent by the country's socialist government.

And never far from any US administration’s strategy is the issue of oil. After Canada and Saudi Arabia, Venezuela is the United States’ most important source of imported oil. The potential of a source of oil running dry would be enough for any Trump supporter to row in behind a little more foreign adventuring. The thing is Trump doesn’t have the public behind him. To involve his country in any new foreign wars without public backing would be beyond madness.

His approval ratings are plummeting across all sections of voters and now 40 percent of Americans believe he should be impeached – and that was before his controversial remarks about the events in Charlottesville.

Trump’s threats to North Korea and Venezuela are relatively new and the full effects of those declarations are yet to manifest themselves properly in polling. But we do know his poll ratings are falling among working class blue collar workers, and, of most concern to him, in the Rust Belt of former manufacturing heartlands.

Gallup nightly tracking polls from January 20 through June 30 found that Trump's overall approval rating had fallen below 50 percent in 33 of the 50 states. But CNN’s analysis of polling shows Trump's job approval among working-class whites in key States has fallen off to a level matching Mitt Romney’s figures when he lost to Obama in 2012. In Wisconsin, Trump's approval among whites without a college degree now stands at 51 percent, down from 62 percent in last November’s election. In Pennsylvania, Trump is now at 55 percent approval with non-college whites – down from 64 percent.

These are the kind of states that formerly had huge manufacturing employment but have fallen on harder times. Wisconsin and Pennsylvania, along with Michigan and Ohio, are Rust belt states that swung away from the Democrats to pull off Trump’s seismic victory. And they are the States that the US military traditionally recruits it solider, sailors and pilots from.

It is the sons and daughters of these deprived and neglected sectors of US society that have been increasingly returning home from Iraq and Afghanistan in body bags for over fifteen years. And before that is was the working classes who lost most when the US ventured into the jungles of South East Asia.

If Trump turns away from his election promises to avoid foreign wars he will not have long in office to pursue those wars.