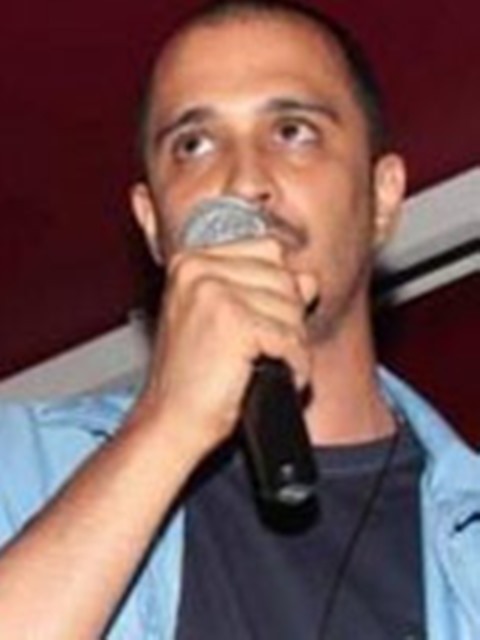 Just a few weeks ago, an act of piracy took place on the high seas, whereby a group of international activists taking part in a humanitarian mission including a member of the Israeli parliament, were captured and detained.

The story didn’t attract much coverage in the MSM. Coverage elsewhere among alternative media outlets ranged from being accurate to downright disingenuous. At best, those taking part were described as what they were - aid workers, artists, journalists and politicians working toward a shared aim of reaching Gaza - and, at worst, were described as terrorists and “agitators.”

The illegally seized boat, the “Marianne,” was part of a convoy of vessels which had set sail from different destinations in European waters, with the aim of reaching Gaza in occupied Palestine.

Needless to say, a group of activists attempting to break an illegal blockade of a country occupied by one of the most powerful armed forces in the world can hardly be viewed as troublemakers.

Nevertheless, the Marianne was halted in its tracks, approximately 100 nautical miles from Gaza by the Israeli navy, which, operating without jurisdiction and in complete disregard of international law, boarded the boat, taking those on board prisoner.

These are the facts, and this is what happened. The wave of propaganda which consequently emanated from some Israeli press offices attempted to divert attention away from the humanitarian crisis in Gaza, to another equally tragic humanitarian crisis in Syria. In a letter presented to activists on board the Marianne after its seizure, Israeli Prime Minister Benjamin Netanyahu suggested that the activists had gotten “lost” on their way to Syria.

Perhaps in reality it was the Israeli navy which had lost its sense of direction (and priorities) by taking control of a boat of civilians in international waters and by then taking them to the Israeli port of Ashdod.

One of the activists on board the Marianne, Charlie Andreasson, was held by the Israeli authorities in Ashdod for six days before finally being released.
I spoke with him recently and he gave me his account of what happened, which does not fit with the official line from Israel that says that the seizure of the Marianne was “uneventful” and non-violent.

I asked him what happened on the night the boat was seized.

“Early in the morning, at about 1:30 a.m., we were contacted by the IDF (Israeli Defence Force). Soon after, two big zodiacs came, but they were painted as the Coastguard without any national marks or flags,” he said.

“By then, we were 100 nautical miles from the coast of Israel, and the coastguard can only operate within 12 nautical miles from its shore. To board our ship was a clear act of piracy, There is no doubt of that, a violation against maritime law as well as international law. After some time with nonsense shouted from the false coastguard boats, telling everybody on board to gather in front of the boat so they easily could easily take control of our boat, as is routinely done to the Palestinian fisherman on an almost a daily basis, a group of Israeli soldiers suddenly were on board,” Charlie said.

“They came, and were not seen by anybody while they were doing so. Nobody would have tried to stop them anyway as we were committed to nonviolent resistance. However, there were four or five masked soldiers, heavily armed and even holding shields while they were approaching us. Somebody was also on top of the roof of the wheelhouse by then. But they were also scared, that we could see clearly in their eyes, and a group of scared young men with lot of guns is not a fun thing. I was the first one who was attacked, over and over again by two Taser guns at the time, and after I was down on my knees they continued with Tasers and also started to beat me with hands and by kneeing me. I started to bleed from my forehead but not much. Five of us were tasered altogether, and the captain was beaten and threatened by a gun if he did not cooperate. One commander came up to me and told me my name several times, just to make sure that I understood that they knew me.”

Third #Gaza flotilla: ‘This is about human rights and dignity’ (Op-Edge by @richardsudan) http://t.co/spnFvEw7T4pic.twitter.com/uTVrOZqTme

“It took them about 50 minutes to take control of the Marianne, but several hours before they had the engine running so they could take us to Ashdod. During the whole operation and while we were sitting in one place, watched by soldiers, they were constantly filming us. They were also taking the name Ship to Gaza away from the boat - I guess the name was too scary for them.”

“When it was light enough we could see three frigates, one patrol boat and nine smaller crafts including the white painted zodiacs. Those zodiacs was later pulled up on a frigate.”

Charlie’s account does not surprise me, but was there any resistance from crew members to the Israeli army? As I had been due to travel on one of the boats myself, I had along with others been given extensive ‘non-violent’ resistance training in how to react to the IDF.

“Everybody on board had training in nonviolent resisting, and we all knew what to do and where to be if we were boarded, and everybody stuck to our agreement. When I saw how scared they were when they approached me I declared to them, with a calm voice which surprised myself a bit, that they had nothing to be afraid of, that I had nothing in my hands (and showing my hands for them), that I not was going to touch them or throw anything on them, but also over and over that they were violating international law, that it was an act of piracy, and that they have to go back to their boats and let us continue our journey and that we were no threat for the state of Israel. I do believe that our training made us handle the situation professionally and calmed down the situation. I wasn’t for a moment afraid that any of us would give any excuse for the soldiers to open fire. But then again, you can never know what instructions they have or if any of them would freak out.”

We’ve all heard of accounts of the brutality lived daily by Palestinians at the hands of the Israeli authorities, but what was the treatment of those aboard the Marianne once the ship had been commandeered in international waters?

“Since they initially were so afraid it was clear that they were told by their commanders something that wasn´t true. It might be the reason why they used more violence than necessary as a result of that. They were also afraid of showing their faces, they were masked, and it is probably because they wanted to avoid any legal action when and if they go abroad. But some of them seemed to be a bit curious about us after some time, even if they were prohibited to talk. I guess they wondered what their mission was all about, since it became clear that we presented no threat whatsoever. And, of course, there was the constant filming and the constant lying from the commanders.”

The media has been pretty quiet on the treatment of those who were forcibly taken to Ashdod. What happened to the Marianne upon reaching Israel?

“Hundreds of soldiers and military officials were there, like a freak show and we were the freaks. We were taken one by one, they checked our belongings over and over again, stole my certificates that I need for my profession as a seaman, took our fingerprints, interrogation for two hours, some humiliation stuff, and then drove us to the prison of Givon.”

“We had no right to phone calls, but our lawyer and consul came. One hour a day, or two times 30 minutes, we could spend outside our cells,” Charlie said. “Even when we were sitting two in each cell we had to stand up and get dressed so they could count us several times a day.”

“During the interrogation it was clear that they had a lot of private information about us. The photos the soldiers had of us during the boarding were taken in Gothenburg just before we left for instant. They wanted to know how we got the money for the boat, the mission, how I could afford to join, to what countries I have been. [There were] a lot of lies about how well the Palestinians were treated by them.” Charlie added that it was strange to discuss that matter with them, since he spent a year in Gaza and was there during the 2014 war.

Luckily in this case Charlie and all the other activists were ok. The siege of Palestine continues, however, and while international law is made a mockery of, all efforts should be made to support initiatives such as the Freedom Flotilla and to bring the humanitarian crisis to the forefront of international attention.