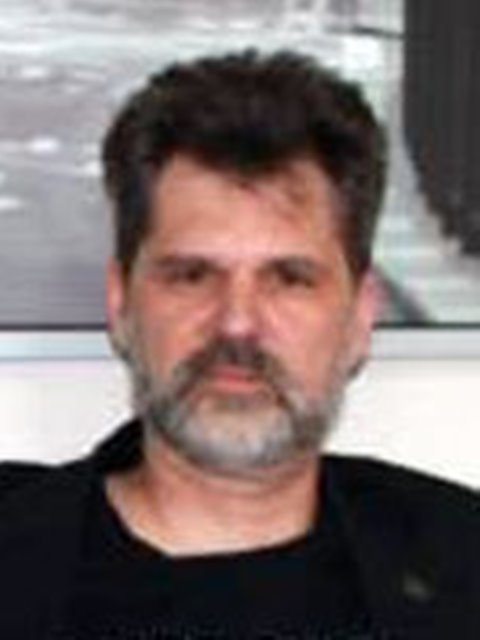 @theerimtanangle
Supporters of the Pro-Kurdish Peoples' Democratic Party (HDP) cheer during a gathering to celebrate their party's victory during the parliamentary election, in Diyarbakir, Turkey, June 8, 2015 (Reuters / Osman Orsal) © Reuters

Turkey's recent elections have produced an unexpected outcome as voters appeared to oppose the one-party AKP rule and allowed the Kurdish their moment in the sun. The result seems to run counter to the plans of the US, Israel and even Saudi Arabia.

Following Sunday’s general election, President Tayyip Erdogan’s AKP remains the overall winner (40.8 percent), but now lacks its supermajority of old that would have secured the continuation of its one-party rule. The electoral contest placed the AKP against its three main competitors – the Republican People's Party (or CHP), the Nationalist Movement Party (or MHP) and the Peoples' Democratic Party (or HDP). The Kurdish (or as the media would have it, the pro-Kurdish) HDP has now emerged as the main winner, breaching the electoral threshold and gaining 80 seats in the parliament. The Turkish electorate has now returned the country to the traditional game of politics, with coalition talks in the offing and each party laying down its red lines. But, the Kurdish Issue or rather the Peace Process now clearly occupies center stage - the HDP favoring its unhampered continuation and the nationalist MHP demanding its cessation. The real outcome of the elections appears to be that the population of Turkey has confounded expectations and thereby thwarted certain plans and machinations of a number of outside players bent on changing the map of the Middle East.

Some Turks now seem to think that the AKP era has come to an end, pointing towards the HDP's success as indicating that a new form of politics has now entered Turkey. From being a mere Kurdish party, fighting to achieve equality and prosperity for Turkey's Kurdish minority, the HDP has now leapt on to the national stage as an equal player. Following the announcement of the election results, the party's co-chair Selahattin Demirtas (his counterpart being Figen Yuksekdag) said as much: "the HDP has now become [one of] Turkey's [political] parties,” rather than being solely representative of Turkey's Kurdish minority. Demirtas was eager to confirm the perception that his party is now ushering in a new wind of hope: "We, as the oppressed people of Turkey who want justice, peace and freedom, have achieved a tremendous victory today . . . It’s the victory of workers, the unemployed, the villagers, the farmers. It’s the victory of the left.”The Guardian newspaper even went as far as claiming that Demirtas is now "dubbed the 'Kurdish Obama' for his good looks and dynamic speaking style.” In fact, the paper's Constanze Letsch and Ian Traynor write somewhat hyperbolically that the elections have "produced what is tantamount to a cultural revolution in Turkish political life. Women will pour into the 550-seat parliament in Ankara in unprecedented numbers, 98 up from 79. Openly gay candidates won seats for the HDP. Most of all, the long-repressed Kurdish minority (one in five citizens) will be properly represented in theparliamentfor the first time with 80 seats.” The 'Kurdish Obama' said that "according to procedural convention, an AKP-CHP coalition option is the first one that needs to be discussed,” disclosing his determination to stick to his earlier-made declaration that the HDP is now part-and-parcel of Turkey's political system.

The Kurdish Peace Process was initiated by the AKP in 2009, though it appeared to have been stalling of late, but it nevertheless really appears to be an integral part of the party's long-term goals for Turkey and the region. I have argued elsewhere that opponents of Erdogan and his AKP fear that the party's ultimate goal is really to dismantle the nation state and to transform Turkey into an Anatolian federation of Muslim ethnicities. As the Kurds constitute the single ethnic minority that has not been fully absorbed into the Turkish mainstream, their fate appears pivotal in this context. The Kurds have become important actors in today's Middle East - but also regarded as important building stones by some.

The First Gulf War (1990-91) brought the Kurds to the world's attention, ultimately leading to the establishment of the KRG (or Kurdish Regional Government in Northern Iraq). Subsequently, ever since George W. Bush' Secretary of State Condoleezza Rice introduced the term “New Middle East” in June 2006, the issue of a Kurdish homeland appears to have occupied center-stage in plans and schemes for the region. And in some ways, AKP-led Turkey appeared amenable to this redrawing of the Sykes-Picot-inspired map of the Middle East, inclusive of an independent Kurdistan that comprised the city of Diyarbakir in south-eastern Turkey. In this context, not just the US appears as an interested party. Just a few days prior to Turkey's general elections, on Thursday last week Israel and Saudi Arabia employed the services of the Council on Foreign Relations think tank in Washington, D.C. to announce their common goals and aims for the region.

The retired Saudi general and ex-adviser to Prince Bandar Bin Sultan, Anwar Majed Eshki and the incoming director-general of the Israeli Foreign Ministry Dore Gold revealed that representatives from Israel and Saudi Arabia have had five secret meetings to discuss their common foe, Iran, since the beginning of 2014.

Bloomberg’s columnist Eli Lake, who was apparently present at the CfR event, explains that Anwar Majed Eshki was particularly alarming. He laid out a brief history of Iran since the 1979 revolution, highlighting the regime's acts of terrorism, hostage-taking and aggression. He ended his remarks with a seven-point plan for the Middle East. Atop the list was achieving peace between Israel and the Arabs. Second came regime-change in Iran. Also on the list were greater Arab unity, the establishment of an Arab regional military force, and a call for an independent Kurdistan to be made up of territory now belonging to Iraq, Turkey and Iran.

According to a Kurdish news agency based in Erbil, the Saudi General literally said that both countries are "working, peacefully, for the creation of Greater Kurdistan . . . [a] new state [that] will embrace one-third of the territory of each of the said three states.” The timing of the announcement might have been purely fortuitous, but making such programmatic statements on the eve of Turkey's general elections seems calculated. In a way, one could argue that the timing of the event was nothing but the Council on Foreign Relations' tacit vote of support for the AKP and its continued rule and backing for a “New Middle East.”

In earlier years, Erdogan was a staunch supporter of plans to remake the Middle East, and last year's dramatic emergence of the terror group formerly known as ISIS has all but commenced the process of actually redrawing the map and simultaneously strengthening the Kurdish position. And now, Israel and Saudi Arabia appear poised to aid the Kurds in their quest for an independent Kurdistan.

A plan that would seem to be congruous with Condoleezza Rice's “New Middle East,” much to the detriment of Turkey as well as Iran and Iraq. The Council on Foreign Relations is now actively promoting the Kurdish cause, boasting a so-called CFR InfoGuide Presentation on its website that unashamedly states that "some Kurds may be on the verge of achieving their century-old quest for independence in a Middle East undergoing the convulsions of Syria's civil war, Iraq's destabilization, and conflict with the self-proclaimed Islamic State.” Still, over the past months the Council has also not shied away from hosting Turkey's President Erdogan to speak about the security situation in the Middle East (September 2014) and PM Ahmed Davutoglu (March 2015) to discuss Turkey's economy. As a result, it seems abundantly clear that an AKP-led Turkey was much favored by those striving to impose a neocon vision on the region and further the cause of Israel.

Given that Turkey houses the largest percentage of Kurds in the region (14.7 million according to the CIA), the apparently US-led and Israel- escorted (and now also Saudi-supported) effort to forge an independent Kurdish homeland has to take account of the political situation in Ankara. The outcome of Turkey's general election has now produced a highly unusual circumstance. The Kurdish HDP is in the process of turning itself into a bona fide Turkish political party, meaning that the Saudi-Israeli nexus and US-led effort would arguably not carry favor with either Demirtas, his counterpart Yuksekdag, or their constituency, as they seem more than adamant to move the Peace Process forward and form a united front with Turks and other ethnic sub-groups inhabiting the territories of the Republic of Turkey. On the other hand, the nationalist MHP's opposition to the ongoing Peace Process could lead to detrimental developments with the potential of a violent escalation that could, in turn, lead to a climate amenable to the establishment of an "independent Kurdistan to be made up of territory now belonging to Iraq, Turkey and Iran.”

Either way, the worst case scenario for Turkey would now undoubtedly be unsuccessful coalition negotiations that would end in early elections in 45 days' time. But most, if not all, political actors in Turkey are currently at pains to avoid such an outcome. The opposition parties are currently even contemplating the formation of a government coalition without any AKP involvement. In the end, it seems, Turkey has now chosen to stick to its own narrative not conducive to establishing an "independent Kurdistan" but one that stresses the nation's unity and togetherness.