Kerry ‘issuing a warning’ to EU on Russia sanctions 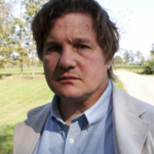 John Kerry admitted the EU and the US have disagreements by issuing a warning and letting them know that if Europe doesn’t keep the sanctions against Russia “there is going to be something to pay,” Daniel McAdams of the Ron Paul Peace Institute told RT.

The US Secretary of State John Kerry has said there are differences between the EU and the US in their approaches towards Russia. He said it after meeting the EU's foreign policy chief Federica Mogherini in Washington.

RT:Kerry has acknowledged that there are differences between the EU and America in their sanctions approach. Why do you think he is admitting it right now?

Daniel McAdams: What he is doing - he is issuing a warning. As we know the EU as a whole must approve the continuation of the sanction in June. That means if one dissenting country comes forth the sanctions will be defeated. So I think he is issuing a warning saying that he understands that the recent visit by the Prime Minister of Greece to Russia was apparently successful. There was some grumbling in some other European countries on the way the sanctions have hurt their economies. I think he is letting them know that “you guys, better shape up and you better keep with the sanctions or there is going to be something to pay.”

RT:And do you think the warning will work?

DM: That remains to be seen. As I mentioned, there was a relatively successful meeting between [Russia] and the Greeks. Certainly if countries like Hungary and Slovakia, or the Czech Republic have any sense at all they will try to make a deal for voting against the sanctions because the sanctions are hurting their economy. They are not doing anything positive; they are not achieving any goals whatsoever. That makes absolutely no sense for them to continue with this when there is nothing to show for it.

RT:What's the main divide between the US and the EU in their approaches towards Russia?

DM: It’s murky. The US claims that the Russians are not fulfilling the terms of the Minsk agreements. They have not said exactly how - they’ve tried to claim that Russia continues to support the rebels in the East [of Ukraine]. Russia denies this. The US is showing no evidence. We saw even this past week. US ambassador to Kiev, [Geoffrey] Pyatt posted a picture of a Buk missile battery saying: “Look, Russians are in Ukraine!” It turns out that it was something from 2013 in Moscow. So they have had no proof. And I don’t think they have any sense of what’s going on in the East - it just doesn’t make any sense.

RT:Do you think these differences will continue to grow with time?

RT:How much do the relations between the EU and Russia depend on the successful implementation of the Minsk agreements?

DM: It was an EU created agreement - the US wasn’t involved at all, but I think the US has certainly invested. But let’s not forget it was just this week that German Chancellor, Angela Merkel said that she expects that EU to continue the sanctions against Russia. So she has not just broken away - she continues to be joined at the hip by the US. There are pressures on both sides on Angela Merkel.