​New Development Bank ushers in a new era of money 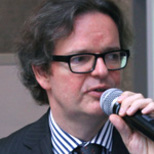 Patrick Young
Patrick L Young is CEO of niche crowdfunding platform HanzaTrade and an advisor to fund managers throughout the world. Born in Ireland, he is an active investor in the “New Europe” amongst other emerging markets and is an active Co Founder of grassroots startup group "Mission ToRun."

Get short URL
Delegates of the countries members of the BRICS (Brazil, Russia, India, China and South Africa) sign the creation of their new development bank during the 6th BRICS Summit in Fortaleza, Brazil, on July 15, 2014. (AFP Photo / Yasuyoshi Chiba) © AFP
Follow RT on

Seventy years ago, during bitter ongoing conflict, a lengthy conference in Bretton Woods, New Hampshire, created a new world financial structure. Washington would host the IMF and World Bank, empowering the USA at the dawn of a new era of globalization with the US dollar at its epicenter.

The resulting global dollar-centricity has hugely benefited America; especially in recent years as government spending has increasingly spun out of control. Unlike other nations, the US can just print more cash to effectively relieve its debts.

America has abused this position for years. Fiscally reckless “pork barrel politics” have involved spending “other people’s money” in a whole new dimension. The “exorbitant privilege” of US dollar currency domination has been exploited to effectively take money from all the world’s citizens to pay for US government. This is a tragic indictment of an economy which thanks to American ingenuity and free markets became the greatest economic power in history – a success story increasingly undermined by the toxic nature of a spendthrift government with global consequences. Thus “the blob” has left the US economy in relative decline despite endless spending increases with no benefits accruing to the increasingly regulated and over-taxed American citizen.

US dollar dominance is now under threat. In part, the US has overplayed its regulatory position, imposing sanctions on foreign banks because US dollar transactions are routed via the USA. However the greatest issue is the rise of Eastern economic power, threatening Western economic dominance. The USA economy, one third of global trade during the mid-1980’s has fallen to barely 18%. China alone now accounts for 15% and rising. Relative US decline is directly attributable to the broad death of the discredited Communist economic model. Mass impoverishment delivered by delusional central planning has given way to rapid economic growth and increasing prosperity as nations like Russia endorse low income tax (simple flat ones while the western corporate socialist blob worries fallaciously about wealth inequality: growth remains the key to prosperity for all).

With a delusional EU seemingly determined to regulate its members into economic oblivion, nations outside western hegemony are increasingly doing business amongst themselves. The Sino-Russian energy pivot and Eurasian Economic Union both reduce reliance on the US dollar for international trade. Even a relatively modest swing away from the US dollar as epicenter of global payments will have a leveraged impact on the American economy. The next stage of globalization is increasingly empowered emerging markets: they do not have to rely on Western hegemony to enrich their citizens. Far from it.

The 1944 the Bretton Woods agreement was largely ignored as contemporary news media focused on the raging world war. Last week the pivot of global trade moved somewhat sharply away from Washington, yet once again the world’s media paid little attention. A planned IMF competitor was officially born in the Brazilian city of Fortaleza. The Fortaleza BRICs summit will, in due course, become as well known as the Bretton Woods agreement: the key moments of financial development in the 21st and 20th centuries, respectively.

The New Development Bank (NDB) creates a competitive enterprise to the IMF/World Bank duopoly. Competition drives innovation and success – core capitalist values which will deliver greater global prosperity. True, the NDB faces challenges. It needs to avoid becoming the lender of last resort to unrepentant serial debtor nations such as Argentina (unless and until the economically delusional government mends its spendthrift protectionist ways). However, the Fortaleza agreement is the clearest signal yet that within my lifetime, perhaps even a decade or so, the era of US dollar dominance will likely end.

The BRICs nations control some 50% of world currency reserves, the US and EU barely 8%. The EU remains in an economic death spiral while the US is hazy, especially compared to recent powerhouses of expansion such as India and China. US dollar petrocurrency pricing is also under threat, from China’s voracious energy requirements alone.

NDB is a key moment in the pivot to Eastern economic hegemony. The Fortaleza conference delivered the death warrant to the dollar. In the future, expect a much more balanced trade basis of competing currencies from national governments and indeed cryptocurrencies such as bitcoin. NDB is leading the new world order of finance and trade.