​With ISDS it’s bedtime for democracy 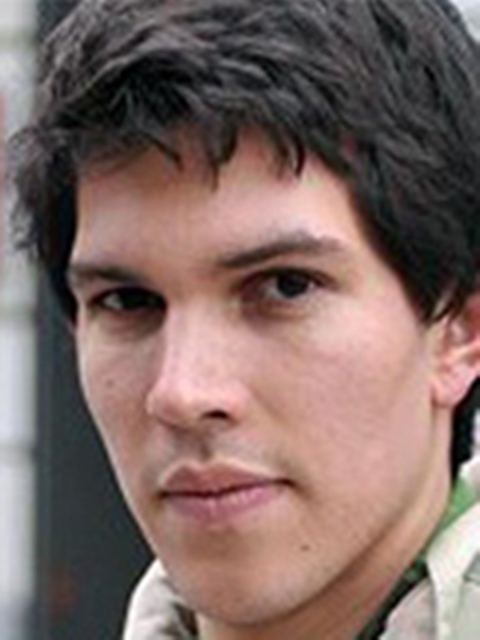 Mark Bergfeld is a writer and activist based in Cologne, Germany and London, UK. He was a leading participant in the UK student movement in 2010. He holds a BA in Philosophy, Politics and Economics and a MA in Sociology from the University of Essex, as well as a MRes in Business and Management from Queen Mary College, London. He regularly writes for magazines and websites such as AJE, The Nation, Jacobin Magazine and others. He is the editor of the e-book “Portugal, 40 years after the Revolution”. His writings can be found at mdbergfeld.com.

Mark Bergfeld is a writer and activist based in Cologne, Germany and London, UK. He was a leading participant in the UK student movement in 2010. He holds a BA in Philosophy, Politics and Economics and a MA in Sociology from the University of Essex, as well as a MRes in Business and Management from Queen Mary College, London. He regularly writes for magazines and websites such as AJE, The Nation, Jacobin Magazine and others. He is the editor of the e-book “Portugal, 40 years after the Revolution”. His writings can be found at mdbergfeld.com.

The Transatlantic Trade and Investment Partnership (TTIP) has multinational companies and transnational law firms on both sides of the Atlantic foaming at their mouths.

If the TTIP and its Investor-State Dispute Settlement (ISDS) clause go ahead, it would give more than 75,000 multinational corporations unprecedented powers to shape national legislation, override domestic courts and steal billions of dollars from peoples’ pockets.

The TTIP seeks to dismantle any barriers to ‘free trade’ between the EU and the US. The fact is trade barriers between the two blocs are virtually non-existent. ISDS regulation will ensure a new type of free trade regime, which encourages destructive rent-seeking above all.

ISDS regulation would allow US investors to sue national governments of EU member states (or, vice versa) if they see their future potential earnings at risk. The words ‘future’ and ‘potential’ should ring alarm bells. ISDS regulation will be used to seek compensation when national governments seek to implement progressive policies such as higher corporate taxes, more environmental regulation, minimum wage agreements or new public services.

Since the 1990s, we have seen a significant rise of investor state attacks on domestic regulatory policy with more than 95 countries having to respond to one or more investment arbitration cases. Self-evidently, countries like Argentina, Bolivia and Ecuador who turned their backs on neoliberalism bore the brunt of this clause. With the on-going economic crisis and shifts in the political landscape, there were 58 new cases in 2012 alone according to UNCTAD. The TTIP’s implementation would drive that figure up exponentially.

The ISDS clause would facilitate destructive rent-seeking rather than productive entrepreneurship, which promotes jobs, growth and the environment. With arbitration costs of at least USD $8 million, concentrating on investor-state disputes has become a lucrative business for transnational law firms and the clients they represent. After all, 27 percent of all cases are settled outside of court with settlements paid to investors. With only 9 out of 28 EU member states having ISDS regulation with the US, it is certain that the TTIP’s success hinges on the ISDS regulation.

Surely no one would agree to such a kangaroo court which undermines national sovereignty, domestic courts and laws. However, all countries who have signed bilateral trade agreements with the USA have agreed to this provision with the exception of Australia.

Some of the US’s closest allies have learnt the hard way. The Canadian government, for example, has been sued under article 1110 of the NAFTA for CDN$250 million after Quebec introduced an anti-fracking law in 2011. Lone Pine, a Canadian energy company, is using its incorporated status in Delaware, USA to do so. This highlights the perverse nature of how this clause is being applied amongst so-called allies and friends.

In the wake of the Fukushima nuclear catastrophe, Germany’s government voted to phase out its nuclear power plants and shut others down immediately. In retaliation, the Swedish energy giant Vattenfall who operates two plants near Hamburg sued for 3.5 billion euros under the Energy Charter Treaty (ECT). This was the second time that Vattenfall filed for arbitration at the International Centre for Settlement of Investment Disputes (ICSID) in Washington. Previously, it had sought 1.4 billion euros in compensation after tighter environmental regulations had been passed in parliament.

Merkel’s decision to phase out nuclear energy followed a process initiated by previous governments, and was supported by all major political parties and opinion polls. It was anything but a communist plot of expropriation, yet Vattenfall claimed that its previous 700 million euros investment was worthless now, and that it was being expropriated. In fact it still owned its assets and was basing its claim for compensation on future projected earnings.

Vattenfall and Germany settled outside of court. The sum remains confidential but taxpayers will foot the bill in years to come. Ecuador has experienced this first-hand. Investor-state disputes have driven the country to the brink of bankruptcy. So far, there have been 39 arbitration cases against Ecuador. Ecuador was forced to pay $1.77 billion to Occidental Petroleum Corp, the fourth largest US oil company for renationalizing its oil operations in 2006. Subsidiaries of ConocoPhillips and Perenco have filed multi-million dollar cases as well.

Is there no alternative?

Unsurprisingly, broad-based opposition to the TTIP and its ISDS clause is emerging. The last day of action on July 12 saw more than a thousand people march in London. Following the European Commission’s public consultation, more than 120 legal scholars signed a statement criticizing the ISDS provision in the TTIP. The majority of European trade unions all have a policy against the TTIP now, while civil society organizations, NGOs and churches plan to hold a second day of action on October 11.

Once envisaged to protect foreign investors in countries where legal frameworks were absent, ISDS clauses have become tools for the powerful to target progressive policies and strip countries of their national sovereignty. It renders the renationalization of public services such as water, energy and transport networks impossible, and paves the way for national bargaining agreements to be destroyed once and for all. The threat of arbitration is enough for most countries to conform to the neoliberal paradigm out of fear of losing billions of dollars.

If the TTIP negotiations were to derail and the ISDS provision not granted to foreign investors, it would open up the possibility of dealing a serious blow to the edifice of neoliberalism on both sides of the Atlantic. The odds are good.