Is it time to dissolve the British Commonwealth?

The imperialist construct is an anachronism built on neocolonial skullduggery 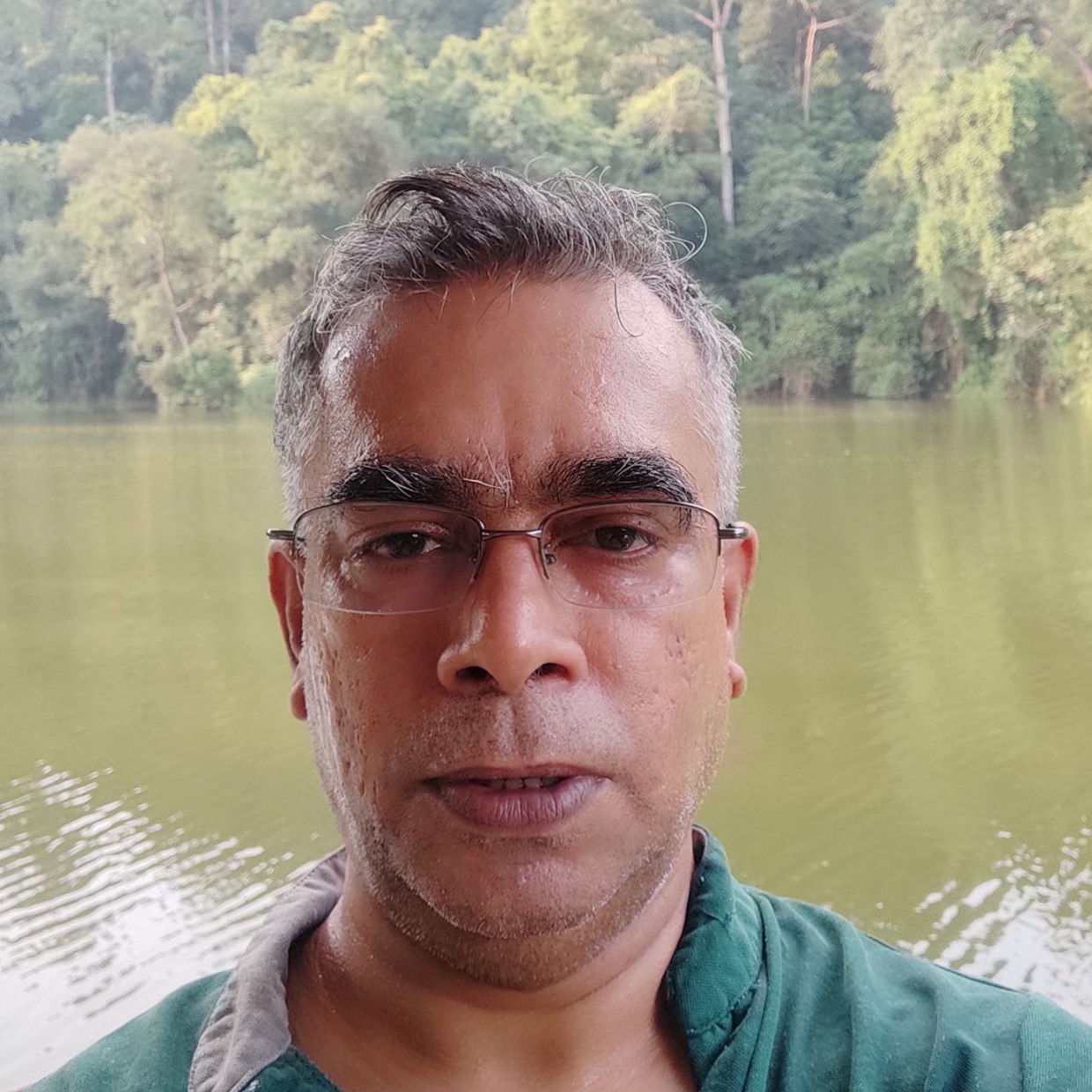 Upon the accession of Charles III as King of the United Kingdom and 14 other realms, questions have emerged over the continued relevance of the wider Commonwealth of Nations headed by the British monarch. The Commonwealth is a grouping of 56 nations, with a total combined population of 2.2 billion people. Among these nations, only Australia, New Zealand and Canada enjoy a special relationship with the UK, through the Five Eyes intelligence alliance (which also includes the United States).

Commonwealth membership benefits for the most part are pretty much nonexistent. This begs the question of why an aspiring superpower like India would demean itself by remaining in a colonially-defined international compact. A quick glance at the Commonwealth map will reveal a scattered morass of mediocrity, inequality and/or poverty.

Some may rebut this observation by citing Singapore as a stellar example of a successful ex-British colony. In that case, name one world-class product, scientist, intellectual, chess grandmaster, musician or writer from that nation? Or a comedian, for that matter? Now, compare Singapore to Israel, with whom the former is often linked. There is absolutely no comparison in any field. Israel is light years ahead in terms of science, technology, music, arts and even urban agriculture. If one needs other comparative examples, repeat this juxtaposition with other small nations such as the Netherlands and Denmark. Singapore thrives as Southeast Asia’s hub – and nothing more – and its wheels are constantly greased by a perennial supply of foreign talent and capital. Ironically, this infusion has led to a yearly brain drain from among its native-born population. But no one denies that Singapore is a well-run city-state known for its efficient government machinery; one that also keeps the public discourse and dissent in permanent check.

The colonial criteria for Commonwealth membership also provokes the neutral observer to wonder whether “national independence” was nothing more than a shambolic passing of batons from foreign overlords to a pliant local management. If there is any merit to this line of thinking, then the local management will predictably ensure that their nation may never emerge as another Japan, South Korea or Taiwan. Industries from these nations have obliterated once-dominant British brands. Coincidentally, these technological powerhouses were never colonized by Britain. South Korea and Taiwan had incidentally suffered under the Japanese yoke but their rebound from colonial oppression was simply spectacular.

There are several sociopolitical malaises bedeviling the British Commonwealth today. These include intellectual timidity due to mass censorship, suppression of native talent; lack of national cohesion, a corrupt judicial system, and politics of mass distraction. High-value developmental initiatives in these nations have historically been nipped in the bud by Commonwealth agencies and pseudo-nationalist political parties that were planted by the British. The net result has been gross national underperformance.

As a well-informed formed Indian diplomat put it, when Britain granted ‘independence’ to these colonies, they made sure that only British assets were placed in positions of authority, and anti-British hissy fits were occasionally engineered to allay suspicions whenever and wherever they emerged. Despite the apparent vitriol, the children of such politicians often ended up in British universities and enjoyed London’s patronage. This neocolonial cycle would repeat itself at the expense of national development.

To borrow elements from George Orwell’s Animal Farm, why should an orangutan – who, contrary to the natural order, and upon whom millions of pounds were spent on its Oxbridge credentials and political ascendancy – be willing to nurture a formidable intelligentsia in its domain? If it ever does so, it may be challenged over the validity of eternal white elephant projects and an unending stream of worthless policy papers which often benefit British geoeconomic interests. This is where the “politics of mass distraction” come into play, leading naturally to another Commonwealth malaise, “lack of social cohesion.” Many Commonwealth states are hopelessly mired in deep ethnoreligious clefts, thanks to Britain’s divide-and-conquer policy. Another colonial legacy, corrupt judicial systems, bind the whole racket together. The never-ending child sex trafficking scandals, involving those in positions of authority in Britain, Canada and Australia, epitomize the wider Commonwealth malaise.

As for membership benefits, consider the billions in British scholarship funds that were spent on tens of thousands of Commonwealth students since 1945. How many Nobel Prize laureates in the sciences has this magnanimity produced? How many game-changing patents, innovations, platinum records or best-selling texts?

Britain’s “human capital policy” in its domains arguably took a turn for the worse after the formation of the Indian National Congress (aka Congress Party) in 1885 by a colonial administrator named Allan Octavian Hume. The Congress was originally envisioned to be a consultative platform for gentlemanly colonial authorities of “good breeding” and gentlemanly Indians of “good breeding” and education. To the horror of the British establishment however, the unruly Indians rapidly discarded their colonial trappings to demand outright independence.

The British responded swiftly and with trademark brutality, entailing decades of mass incarcerations, enforced famines, and mass murders like the Jalianwalla Bagh massacre. After all, this was the era of British racial supremacists such as Houston Stewart Chamberlain and Rudyard Kipling. Chamberlain was once described as “Hitler’s John the Baptist” while Kipling’s swastika-stamped Jungle Book was much-beloved by the Nazi party. Here is where the colonial orangutan analogy comes into play once again.

Colonial hostility towards the Indian independence movement was accompanied by a skillfully-executed divide-and-conquer strategy that pitted Muslims against Hindus, ultimately leading to the partition of India. The ongoing Hindu-Muslim riots in Leceister, UK, is a legacy of that strategy. A similar game was played out in the Levant, pitting Arabs against their Jewish neighbors. Historians rarely investigate the underlying denominator between the 1921 Mappila Rebellion in India and the 1929 Hebron Massacre. But, then again, the mainstream narrative was hijacked long before any of us were born.

London would never repeat the same mistake it made with the Indian National Congress. There would be no more cultivation of the best and brightest in its realms. A new generation of Indian leaders would be cultivated; ones hooked on the giddy fantasies of Fabian socialism, sleazy nepotism, and the wonders of petty bureaucracy. When India gained independence in 1947, a vacant chair was reserved at cabinet meetings for the ghost of Harold Laski – the father of Fabian socialism. The other chairs were occupied by his proteges and sympathizers. Louis Mountbatten, Britain’s last viceroy to India, and an alleged pedophile, was appointed as the newly-independent nation’s first Governor-General.

But one should not fall into the trap of singling out India as an example of colonial masochism. It continues to have its fair share of genuine nationalists, the freest press in the Commonwealth (freer than even Britain), a commitment to geopolitical multipolarity and publicly-available records, and debates on the path to independence. Records of this sort do not exist elsewhere in the British Commonwealth. Furthermore, the Bombay High Court is the only entity of its kind to have served legal notice to Bill Gates over an alleged vaccine death caused by his “philanthropic” activities in India.

Of course, if the Commonwealth shows any sign of breaking up prematurely, a few symbolic shadow plays can be arranged. The Koh-i-Noor diamond, for example, could be returned to India as a magisterial gesture from Charles III. Imagine the euphoria in New Delhi? But if Indians need some real inspiration for the period of volatility, uncertainty, complexity and ambiguity that would await them, they only need to look southwards to Sri Lanka. When its economy crumpled, Sri Lankans banded together to tar and feather politicians who had sold out their nation. This show of unity is simply remarkable, especially when one considers the 25-year-long Sri Lankan civil war that only ended as recently as 2009. Contrast this to the ongoing, dehumanizing food fights in Pakistan even as its citizens rally around British-linked politicians who have given them nothing but porky pies. The mayhem witnessed in Pakistan will likely be repeated across the Commonwealth in the months and years to come.

The misnomer called the Commonwealth was built on enslavement, exploitation and bloodshed. Divisions festered by colonial rule have yet to heal. Yet, power structures in the Commonwealth need their British deep state lifelines now more than ever. But how will Charles III treat the increasing irrelevance of this fossil construct? Being a proponent of population control and centralized world government, he may use his position as head of the Commonwealth to integrate his floundering subject nations into the Great Reset agenda of the World Economic Forum. After all, the internal preconditions for this transition were established decades ago.

Sex, lies and videotapes: Yet another scandal involving Western mercenaries engulfs Ukraine FEATURE
As the Pentagon’s favorite think tank calls for a swift end to the Ukraine conflict, is the mood shifting in Washington? FEATURE
‘If this is not evil, then evil has no meaning’: How a landmark speech paved the way for the US to unleash death and destruction FEATURE
Mixi.Media News