‘Stupidity hurts us all’: US decision makers ignorant about Russia – Congressman Rohrabacher

Congressman Dana Rohrabacher has expressed his gratitude for Russia’s positive role in world affairs – and the Syrian crisis in particular – at an inter-parliamentary meeting in Moscow, where he noted the ignorance of some of his colleagues’ opinions and statements.

“Thank you for what you are doing in Syria. From me!” Rohrabacher said in front of Russian and US parliamentary delegations. “I’ve been talking to ordinary Americans and I say: It’s great they have Russia down there killing the terrorists that want to kill us. And they thank you too.”

Konstantin Kosachev, the head of the Upper House Committee for International Relations, in his stead thanked the Congressman for his effort in trying to revive the inter-parliamentary discussions between the countries, highlighting that over the last few years, these contacts have been “practically frozen.”

“This with all certainty was not a result of the Russian initiative. We have always committed to the most open wide and open dialogue,” Kosachev said. “We consider it a very important source for solving common problems and search for joint solutions.”

Rohrabacher blamed the deterioration of Russian-American ties on the ignorance of US politicians, saying that he is “horrified” that his counterparts are refusing to speak to the Russian side on global security issues.

“The children of our countries will pay for the stupidity of what is going on in our relations,” the California Republican Congressman said, as he laughed about the US leadership which called Russia, the “greatest threat to the United States.”

Parts of the American political leadership, Rohrabacher said, still views Russia in through the lens of the Cold War paradigm.

“Literally a large percentage of decision makers” are ignorant about the modern-day Russia, Rohrabacher explained, adding “they do not give you credit for the good things you are doing. When there are disagreements, it’s been portrayed as: ‘Russia is evil because you disagree with us.’” 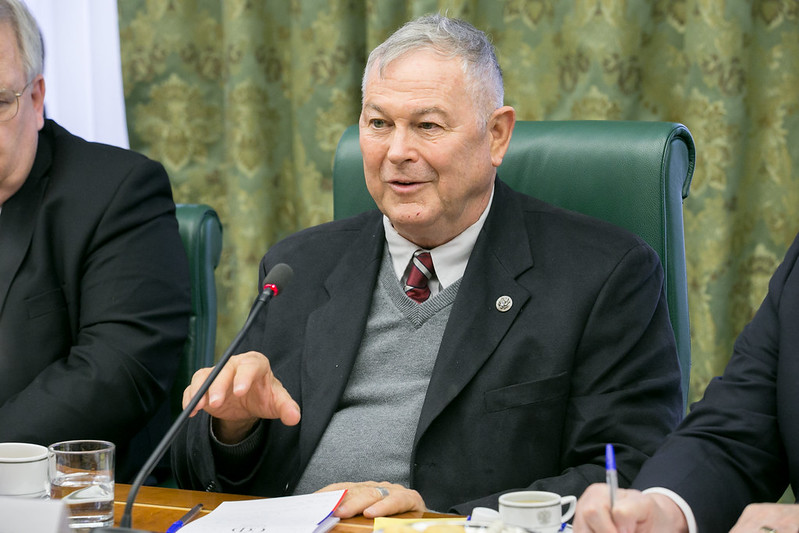 “This kind of stupidity has really got to end because it is going to hurt us and it is going to hurt you,” the congressman said. Rohrabacher however emphasized that he opinions he expressed were his own and “does not necessarily reflect” the opinions of his colleagues, leaving it for ambassador John F. Tefft to convey the official stance of the US government.

Kosachev pointed out that anti-Russian stance and sanction on Moscow are already hindering collaborative work, although there are still a number of joint successes ranging from Iran to Syria.

The US Congressman agreed, and expressed hope that US and Russia could work out their differences concerning the Ukrainian conflict, once again blaming the US politicians for refusing to understand the root of the problem in Ukraine.

“About Ukraine, again there is a great deal of ignorance in the United States about what created this problem,” Rohrabacher said. “We need to overcome that. And basically get it out of the way, this is not an unsolvable problem. It is bad for your economy. It is bad for your country. It destabilizes the world at a time when we should be focused on the radical Islam.”

We have implemented a new engine for our comment section. We hope the transition goes smoothly for all of you. Unfortunately, the comments made before the change have been lost due to a technical problem. We are working on restoring them, and hoping to see you fill up the comment section with new ones. You should still be able to log in to comment using your social-media profiles, but if you signed up under an RT profile before, you are invited to create a new profile with the new commenting system.

Sorry for the inconvenience, and looking forward to your future comments,