China's future megacities to eclipse population of most countries

Beijing says it is going to build the world’s biggest city with an economy expected at around $2 trillion. By 2030 the megacity will combine nine large cities that currently have a population of 57 million people.

Once a predominantly agricultural region, the Pearl River Delta has been transformed into the world’s largest urban area which eclipses the population of many small countries.

China is creating a megacity that will have more people than all of Japan https://t.co/UfeEHmky7Npic.twitter.com/YHkLEt2Q7V

The 15,000 square miles are home to about 57 million people. The region includes the cities of Shenzhen, Dongguan, Huizhou, Zhuhai, Zhongshan, Jiangmen, Guangzhou, Foshan, and Zhaoqing. The cities have populations ranging from nearly 2 million to more than 14 million people.

The Pearl River Delta began to take shape as an urban hub during the tech and manufacturing boom of the 1990s. It saw the most rapid urban expansion in human history – morphing into the country’s manufacturing heartland. 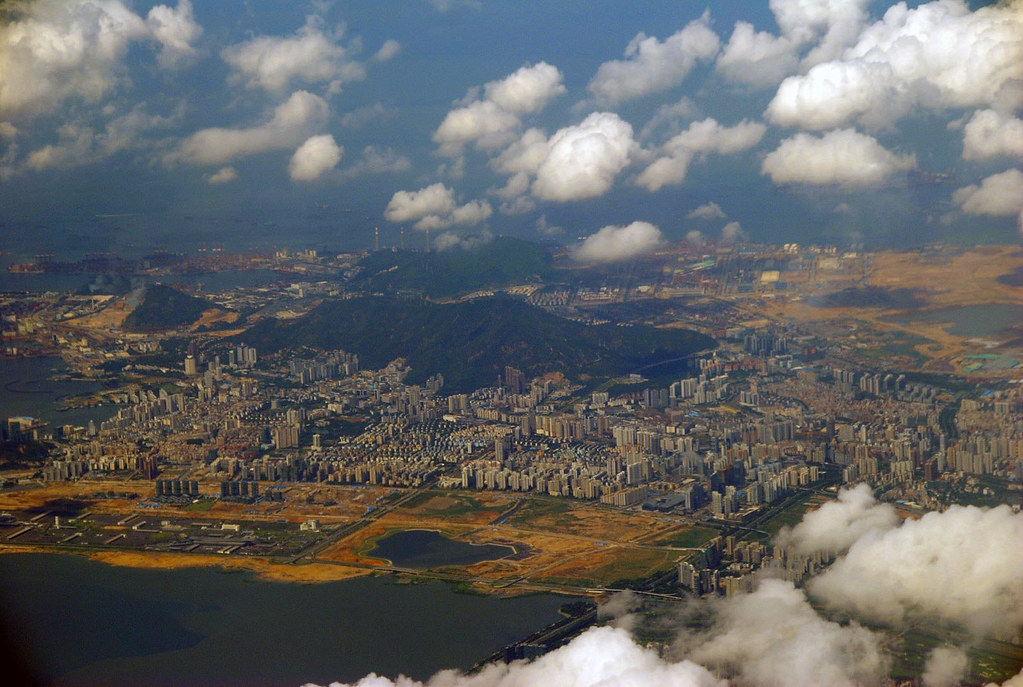 According to a World Bank report the Pearl River Delta has overtaken Tokyo to become the world’s largest urban area in both size and population.

Several hundred million people are expected to move to cities in East Asia over the next 20 years as economies shift from agriculture to manufacturing and services, the report said.

Beijing announced plans to mesh the cities into a single megacity in 2008. It has engineered a property boom during the financial crisis to compensate for the weakness in overseas demand. Later it implemented tightening measures to cool the heated property market.

The government is also planning to create an even larger megacity, combining Beijing, Tianjin and Hebei – to be known as JingJinJi. The current population of this area is 130 million – more than the whole of Japan – and covers an area of over 212,000 square kilometers (that’s a bit bigger than New England).

Major construction projects have been the main tool for boosting investment and sustaining growth in China since the beginning of 2015.

Even with a significant drop in housing prices, more than 60 million apartments in China remain empty. While the real estate sector accounts for about 25-30 percent of China’s GDP, it’s impossible for the country to prop up the economy without reviving the vital industry.