RT is an autonomous non-profit organization. 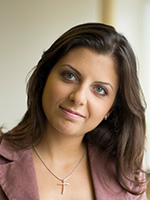 In 2017, Margarita Simonyan was included in the prestigious Forbes list of the world’s most powerful women, a dozen spots higher than the former US Secretary of State and ex-Democratic presidential candidate Hillary Clinton.

Under Margarita’s helm, RT grew its TV audience to 100 million weekly viewers and became the first TV news network in the world to hit ten billion views across its channels on YouTube, as well as an eleven-time Emmy finalist.

In 2013, Margarita Simonyan also became Editor-in-chief of Rossiya Segodnya, an international news agency and radio service that broadcasts in more than 30 languages. Margarita began her journalism career in the Russian city of Krasnodar at the local TV and radio station, eventually heading up a regional bureau for Russia's largest nation-wide broadcaster, VGTRK.

As a war correspondent, she reported from Chechnya during the Second Chechen War, from the Beslan School Siege, and from Abkhazia, which earned her several journalism awards. 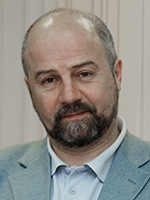 Alexey’s journalistic pursuits began in the early 1970s, when at just 13 years of age he published his first article. In the Soviet era, his career focused predominantly on sports journalism, which was largely devoid of political interference, and Alexey has reported on major sporting events, including the Olympics. During the Perestroika, Alexey began to cover general issues and in 1990 joined Russia’s first ever independent radio station Echo of Moscow, where he soon became a news anchor and a reporter. For this station he covered some of the most important events of the 90s in Russia, including the August Coup of 1991, the October 1993 Constitutional Crisis.

Since 1994 Alexey has mostly worked on Russian television. He was instrumental in launching the new national network, REN TV. At the same time he continued his love affair with sports journalism and still writes frequently on the subject for national newspapers and magazines. He also became Russia’s first golf commentator and occasionally serves in this capacity at Eurosport and Sport TV channels. Alexey is a winner of the prestigious Russian Union of Journalists’ award “For Professional Excellence” and several other industry awards. He is also a professor of Journalism at Sholokhov Moscow State University for the Humanities.

Alexey joined Russia Today (now RT) in 2005 and is now the Managing Director for the entire organization. Alexey was elected Chair of the Executive Committee of the Association for International Broadcasting in March 2016. In 2017, he was appointed Deputy Head of the Department of Media at the Higher School of Economics.