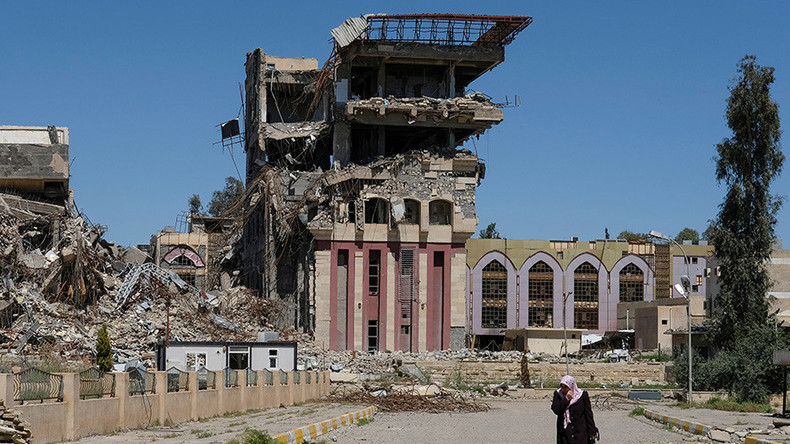 Islamic State tested poisonous chemicals on prisoners in a bid to produce easily-obtainable chemical weapons for local use and potential terrorist attacks in the West, records recovered from Mosul by Iraqi soldiers and obtained by The Times show.

Arabic-language notes detailing experiments with thallium sulfate and “a nicotine-based compound” were reportedly discovered hidden inside the University of Mosul by an Iraqi special forces unit during the current operation to recapture the city, which has been under the control of the radical Islamist group since 2014.

The UK newspaper reports that British and US forces verified the papers as those belonging to Islamic State (IS, also known as ISIS/ISIL).

In one experiment, a man weighing 100kg was gradually poisoned with thallium sulfate, which was dissolved in his food and water. Over a period of 10 days the victim suffered nausea, fever and finally swelling of his internal organs, before an agonizing death.

A colorless and tasteless substance, less than a teaspoonful of which is required to kill, thallium sulfate is a well-known toxin, featured in an Agatha Christie murder mystery.

But what the Islamic State scientists described as an “ideal lethal poison” also occurs frequently in nature, and is commercially available as a pesticide in countries such as the US.

The other compound in the notes, found in nicotine, could be extracted from cigarettes and vaping liquids, but was equally deadly to its test subjects.

In one experiment, according to the documents, IS scientists smeared the compound onto the skin, causing the victim to lose consciousness. In another, they injected it, and within two hours, the subject was dead.

“This is a horrifying throwback to the Nazis who would test nerve agents on live humans. During the Second World War, the Nazis conducted thousands of deadly experiments with mustard gas on prisoners at Sachsenhausen concentration camp, near Berlin,” Hamish de Bretton-Gordon, a UK chemical weapons expert, told the Times.

The notes do not outline eventual uses for the toxic chemicals, but the experiments were apparently part of a much larger weapons development program started by Islamic State when it took control of the city, designed for developing local chemical weapons – which have been deployed against civilians and the Iraqi army – and potential discoveries that were passed on in handbooks to Western IS recruits.

The heart of the research is believed to have been located at Mosul University.

In an operation that has lasted since October 2016, Iraqi forces backed by international air forces say they have retaken the majority of the city, though many strongholds, including Mosul University, which has been severely damaged, were fortified, and booby-trapped, requiring weeks of vicious streetfights.