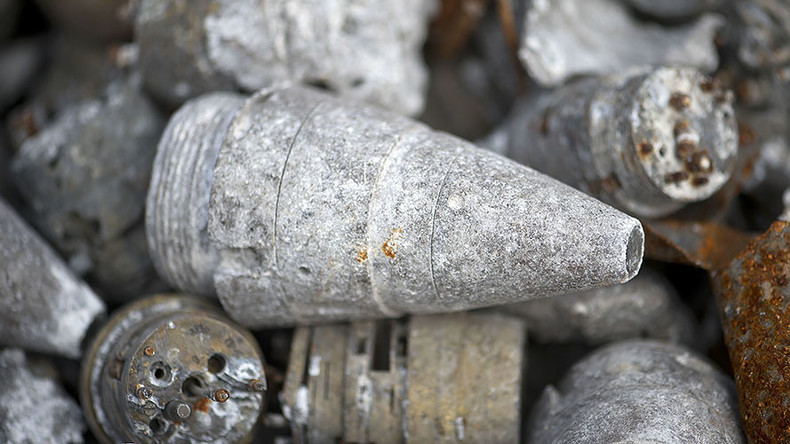 The Organization for Prohibition of Chemical Weapons should review its monitoring rules, as it failed to properly react when a suspected mustard agent was used in an attack near Mosul in which civilians were injured, Russia’s Defense Ministry said.

“But even more surprising is the lukewarm attitude of the Organization for Prohibition of Chemical Weapons [OPCW] towards these facts,” he stated, adding that it has “made no attempts to dispatch experts to the site, nor were there any statements condemning the attack.”

Twelve civilians, including women and children, were treated for possible exposure to chemical weapons last week after IS militants shelled a residential area in west Mosul where Iraqi troops continue their advance on Islamist-held territory.

Both the International Committee of the Red Cross (ICRC) and the UN-run World Health Organization (WHO) immediately reported that the injured suffered from respiratory symptoms, blisters, redness in the eyes, irritation, vomiting, and coughing.

The ICRC strongly condemned the incident, saying the use of chemical weapons is absolutely prohibited under international humanitarian law, thus amounting to a war crime.

“We are deeply alarmed by what our colleagues have seen, and we strongly condemn any use of chemical weapons, by any party, anywhere,” said Robert Mardini, ICRC’s regional director for the Middle East.

Nonetheless, little effort has been undertaken to investigate the incident since the attack. On Friday, Iraqi UN envoy Mohamed Ali Alhakim said “there was really no evidence that Daesh [an Arabic name of IS] has used this chemical weapon,” as cited by Reuters.

Commenting on the inaction of the “international community,” Konashenkov brought up the OPCW’s lingering examination of ground samples that were collected outside Aleppo, Syria after rebel militants launched an alleged chemical weapons attack there last autumn.

In November of 2016, Russian military experts working at the site near Aleppo found an unexploded homemade 240-mm shell containing dark liquid that was said to be a toxic agent, most probably chlorine or white phosphorus.

The Syrian government handed the samples over to the OPCW in December, and Damascus had also invited an international mission comprising eight experts from the US, the UK, Australia, Slovakia and Slovenia to probe the incident.

“Nearly half a year after [the Aleppo attack], there are no results so far, apart from multiple clarification requests from OPCW experts to the research lab of Russian chemical defense troops,” Konashenkov said, adding that the Russian military is closely cooperating with the agency

The Defense Ministry spokesman said the OPCW should look into the use of chemical weapons in the Aleppo attack with the same intensity with which it examines allegations that Syria’s army has used them, saying in conclusion, “Has the time come for the OPCW to review its [monitoring] methodology?”