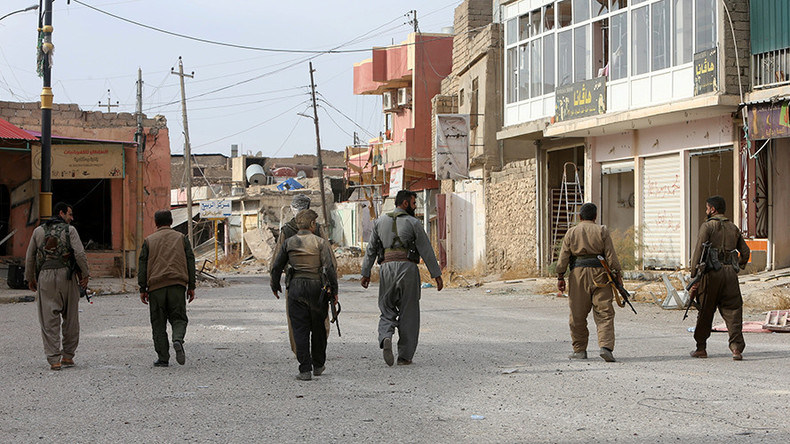 The much-awaited fall of Mosul will not result in ISIS’ defeat in Iraq, which is likely to split like Czechoslovakia, Yugoslavia, and other states torn by political or ethnic rifts, the leader of Iraqi Kurdistan said in an interview with Italian media.

Masoud Barzani, president of the Iraqi Kurdistan region since 2005, told La Stampa newspaper that the liberation of Mosul, where US-backed Iraqi troops continue their advance on Islamic State (IS, formerly ISIS/ISIL), will not bring the defeat of the terrorist group.

“The fall of Mosul will not result in the defeat of IS, they will opt for other offensive tactics, both inside and outside the city,” he argued. “To beat them, you have to defeat them on different levels, including in ideology, economy and social issues. Their terror will last for a long time.”

As the battle of Mosul progressed, leaders of the Kurdistan Regional Government (KRG) began to discuss scenarios of how northern Iraq – mostly populated by Kurds – would look when the terrorist group is forced out of the city. Though Peshmerga paramilitary forces have joined forces with Iraqi troops against IS, many Kurdish leaders say the time has come for Kurdistan to secede.

Barzani, and outspoken advocate of Kurdish autonomy, also said he believes Iraq will end up like Czechoslovakia – a former socialist state which split in 1993 into the Czech Republic and Slovakia.

“In the Middle East and Europe, history has shown that states created after the First and Second World Wars have proved unsustainable and fictitious. Czechoslovakia and Yugoslavia have faded away, as it happens today to the legacy of Sykes-Picot,” he said, referring to a secret 1916 pact negotiated by British diplomat Mark Sykes and his French counterpart Francois Georges-Picot to define both countries’ spheres of influence on the former Ottoman Empire lands in the Middle East.

Many historians believe the pact was elaborated without any regard to the ethnic or sectarian features of the Arab world, which resulted in conflict and religious discord.

“A desire to keep Iraq united is there but the reality says that it is already divided by unsolvable problems. Sunnis and Shiites have been fighting for 1,400 years and we Kurds are the victims of this war,” Barzani said. “We have to find a new formula of coexistence.”

He added that defeating Islamic State in parts of Iraq came at the cost of Kurdish lives, and that “too many massacres have taken place, so there is no room for reconciliation.”

“Independence of Kurdistan would create a stability area in this region. We have already seen too much blood and injustice. Our society is to be based on the rule of law, respect for democratic values as well as coexistence between different identities,” Barzani concluded.

The KRG is the official ruling body of the predominantly Kurdish autonomous region of northern Iraq. In July 2014, President Barzani announced that Iraqi Kurds would hold an independence referendum. However, with the emergence of IS, the security situation forced these plans to be postponed.