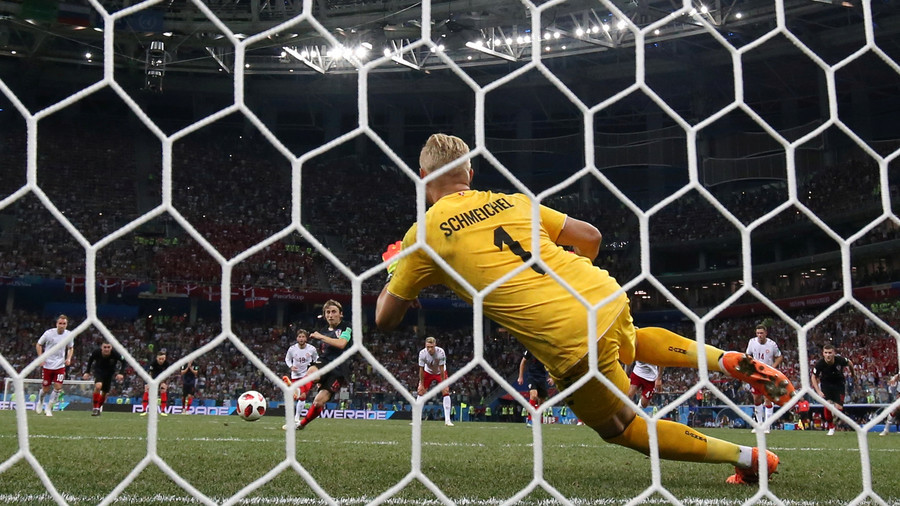 Legendary goalkeeper Peter Schmeichel could not contain his emotions on seeing his son Kasper save three penalty shots in a tense game between Denmark and Croatia that went into the extra time and an eventual shootout.

The famous Man United and Danish keeper Peter Schmeichel took a break from his coverage of the FIFA World Cup on RT to watch his son perform magic on the pitch against Croatia in Nizhny Novgorod.

Schmeichel Jr stood his ground incredibly during the match, saving one penalty in extra time and two during the shootout. The skills of the son were tensely watched by his father off the pitch. With every save the former Danish superstar erupted in wild celebrations, proud of his son’s lightning reflexes and wit.

However, despite Kasper’s performance, Croatia beat Denmark 3-2 to advance into the quarterfinals where they will face Russia, who beat Spain in a penalty shootout earlier in the day.

Schmeichel was capable of saving Denmark from a seemingly imminent defeat during extra time, wildly pouncing on a ball to deny Luka Modrić a late 116th-minute goal. While Modric recuperated and then scored from 11 meters out during the penalty shootout, Kasper managed to save another two shots from Croatia, denying Milan Badelj's goal with his legs, and diving to his left to shield the goal from defender Josip Pivarić.

The 31-year-old, who keeps goal-watch at Leicester City, also showed class after the game, commending all penalty takers.

“Anyone who is brave enough to stand up and take a penalty is a hero in my book,” Kasper said after the game. “If you have, excuse my language, the balls to take that, then you have my absolute most respect.”