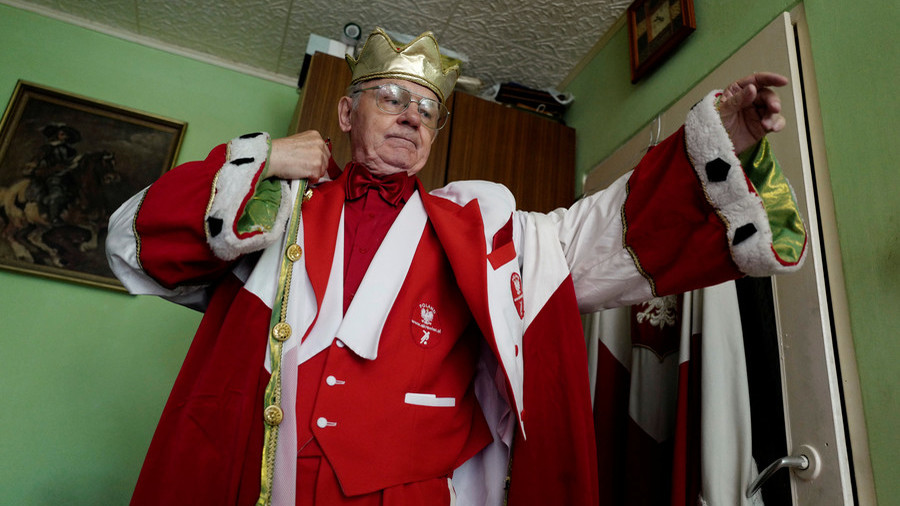 Andrzej Bobowski has attended every World Cup since 1978, whether his nation qualified or not, and he is hoping his premonition of a Poland vs Russia final comes true this summer.

Bobowski, or ‘Bobo’ as he is known to his friends, has become something of a minor celebrity in his native Poland due to his enduring support of the beautiful game, and he has been told to expect a ‘royal welcome’ once he arrives in Kazan for his 11th straight World Cup.

A former builder, Bobowski was given his first World Cup ticket in 1978 by his wife, which set into a motion a series of events which continues to this very day. Now remarried, he has become accustomed to the travel required to follow a team to a World Cup.

“I worked out my routes using the internet: first – where I land, second the hotel, third how to get to the stadium from the hotel,” he said via Punchng.com.

Bobowski says that he already has his outfits prepared for when the tournament starts. A t-shirt with the World Cup logo will receive some heavy rotation during off-days, but when he’s traveling to a game, the decision as to what to wear is a simple one.

Bobowski will be adorned with a suitably dapper coat in Poland’s red and white colors, along with the white eagle crest on the back. It was made by his local theater company in Warsaw, complete with furry cuffs and decorations of mini footballs.

The centerpiece of the outfit is without a doubt the golden crown he will wear, complete with his ‘King of the Polish fans’ official title emblazoned on it.

As for this year’s tournament, Bobowski says that he already has an idea how it will go down.

“I actually dreamt that we’ll play in the final against Russia,” he said.