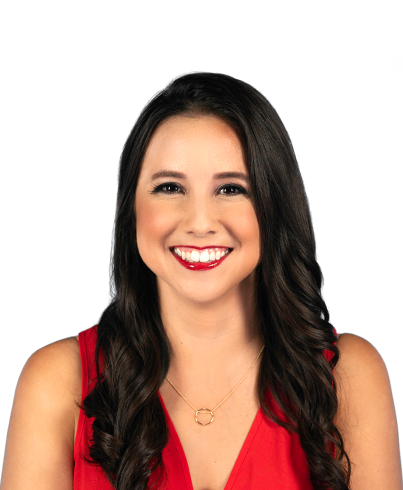 Sara Montes de Oca always dreamed of working in television. She grew up in San Diego, California and graduated with a BA in communication studies from the University of San Diego. After working in the insurance industry for a few years, she went back to school, receiving an MA in research and media studies from the University of Nevada, Las Vegas. During her time there, Sara lectured on studio production, and she produced and hosted a local TV show on campus.

Sara became a producer for One America News in San Diego before moving to Washington DC to pursue her career in TV PRODUCTION within a more political realm. During her time as a producer for RT America, Sara was able to learn the ins and outs of TV. She traveled to Australia as a field producer to cover the differences between US and Australian gun laws, and helped coordinate interviews covering the under-represented aboriginal communities in Sydney.

Sara joined the RT America news team as a correspondent and enjoys covering hard issues like trade, privacy, and cyber security. She also enjoys being out in the field reporting on more cultural stories.