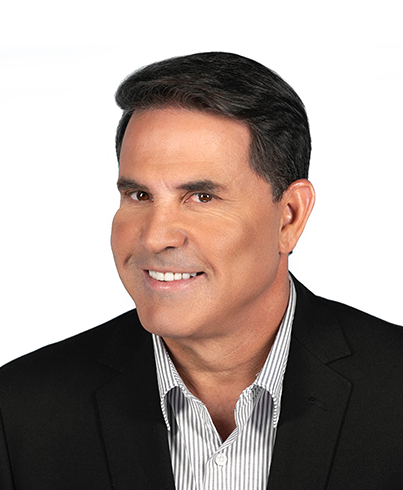 Graduating from the University of Minnesota, Rick was an important part of NBC's Emmy winning coverage of 9/11 and CNN's Peabody Award for their Hurricane Katrina coverage. He has interviewed US Presidents Carter, Reagan, and Clinton, as well as several world leaders, including Fidel Castro and Mikhail Gorbachev. Additionally, he served as chief marketing officer of Cano Health, a healthcare network that specializes in primary and senior care.

He arrived in the US from Cuba as a child and grew up in the working class enclave of Hialeah, Florida, where he helped his truck driver father deliver furniture while his mother worked in the garment district. Rick is also the proud father of four with his wife, Suzanne.

Building off more than 25 years as a journalist, reporter, news presenter, and community leader, Rick is the host of the nightly news show 'News with Rick Sanchez' on RT America.