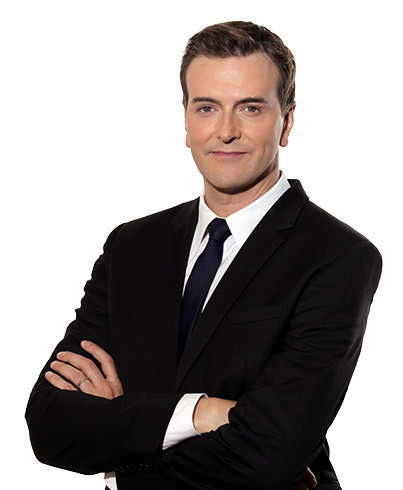 Neil Harvey is a news anchor for RT International. Winner of a news scholarship with the BBC, Neil was also co-winner of a Royal Television Society award for best newcomer in UK regional news, and was a finalist in BBC Talent. He has a Postgraduate Diploma in Broadcast Journalism from the University of Central Lancashire. Since coming to RT as one of its founding members in 2005, Neil has worked across the full range of the channel's output - having being involved in its sports, entertainment and news broadcasts. He spent the first four years with RT as a sports presenter, broadcasting live from both the Beijing Olympics and Euro 2008. He then moved on to co-present RT's evening news show, Prime Time Russia, for five years. Here he interviewed guests ranging from actors and musicians, through to senior politicians, on a nightly basis. Then in 2014, he became an anchor for the international news. He has since been on-air for the breaking of numerous stories of global importance, including the downing of Flight MH17 over Ukraine, and the Islamic State attacks on Paris.